“We were definitely able to honour the memory of Lutie” 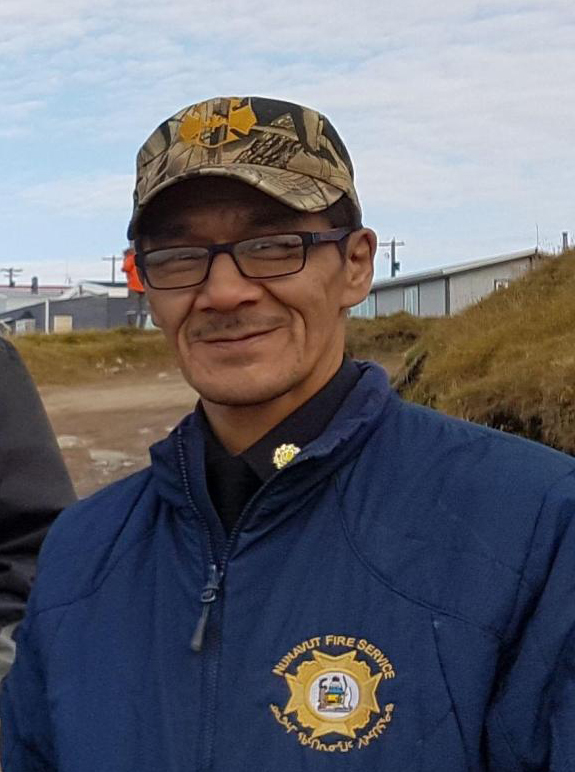 Lutie Macpa, 49, died on his way to respond to a shack fire in Pond Inlet early July 23. He was an 11-year veteran volunteer firefighter, and for the last five years served as his community’s fire captain. (PHOTO COURTESY OF NUNAVUT FIRE MARSHAL)

Nunavut’s firefighting community is mourning what it believes is the territory’s first on-duty death, after a Pond Inlet firefighter died last month.

It was the early morning of Monday, July 23, when the Baffin community’s fire department received a call about a shack fire. A group of volunteer firefighters responded to the call at about 3 a.m.

Lutie Macpa, Pond Inlet’s fire captain and an 11-year veteran of its volunteer firefighting department, was among them.

But as Macpa, 49, jumped off the firetruck to make his way to the blaze, he collapsed. He was taken to the health centre but died that morning.

Nunavut’s fire marshal, Michael Leduc, had arrived in Pond Inlet the night before to do inspections. He didn’t hear about the early morning fire, but awoke to the news of Macpa’s death.

“When you wake up and hear something like that, it’s really tragic news,” Leduc said.

“When a firefighter dies on the scene, it’s not just something that hits the community, it impacts the entire firefighting community.”

Macpa was considered a well-trained, skilled firefighter, who often represented his community and territory at firefighting competitions.

The fire marshal’s office said it’s still unaware of Macpa’s official cause of death, though the fire marshal said it was not directly related to exposure to the fire, as he’d yet to reach the site when he collapsed.

Macpa left a wife, children and grandchildren. The family has asked for privacy and declined to speak to media.

A week later, on July 31, the fire marshal’s office flew in firefighters from Iqaluit to Pond Inlet to help cover for the local department, so those volunteers could attend Macpa’s funeral.

Leduc’s office had arranged with Macpa’a family to combine the funeral with an official firefighter service, which includes a special prayer, a bell ceremony, and a helmet and flag presentation to the family.

“We were definitely able to honour the memory of Lutie,” he said.

The fire marshal’s office, which falls under Nunavut’s Department of Community and Government Services, covered the funeral costs and helped bring in a team of counsellors from Clyde River to support family and colleagues in need.

Leduc said there will be no specific review of the circumstances of Macpa’s death, though he said firefighting practices in Nunavut are reviewed regularly.

“Regardless of any event, there’s an ongoing assessment of best practices in firefighting,” Leduc said.

“We’re always reassessing our own training programs and making sure we’re keeping firefighters and communities safe,” he said. “It’s the same as anywhere else—we’re always looking to improve.”