Individuals and families can make more money before clawbacks 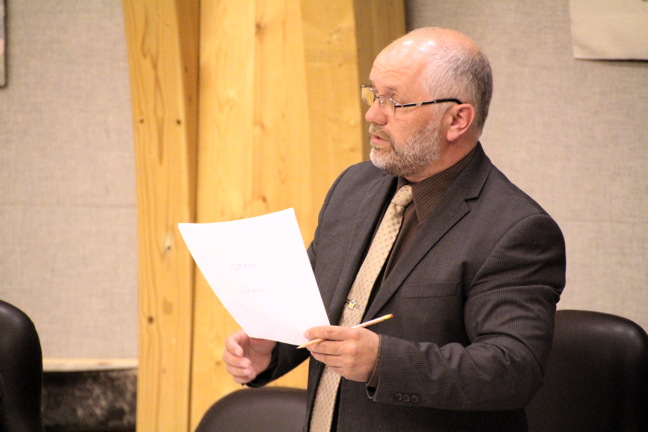 Starting July 1, Nunavummiut who access the Government of Nunavut’s Income Assistance Program can earn more money, and open a savings account, without having that income clawed back from their monthly cheques.

Under the current system, clients are permitted to earn $200 without penalty. But after reforms, they will be allowed to earn another $600, however only half would be exempt and the other half would be clawed back from their income assistance cheque.

For instance, if income assistance recipients earn $500 in a month, they could keep the first $200 outright and also keep half of the remaining $300—so $200 plus $150 for a total of $350. The remaining $150 would be clawed back from their monthly income assistance cheque. (See diagram at bottom for more details.)

Families with combined incomes are already permitted to earn $400 of extra income jointly. After reforms, they can also keep half of the next $600 in earned income while the other half would be clawed back.

Should clients want to tuck their money away, they can open a savings account as well and still qualify for income assistance.

“We want them to be able to save funds as this can allow a person to get back on their feet and regain their independence,” Family Services Minister Johnny Mike said June 7 during question period at the legislative assembly.

“By not having every cent of their hard-earned monies deducted from their income support funding,” saving then becomes an option, he said.

The changes come following a study led by the departments of family services and economic development and transportation.

The departments found that many clients were stuck in the system because of inherent constraints.

“The old process did not provide an incentive for clients to work because their income assistance benefits were reduced by a dollar for every dollar of income they made over the earned income limit,” Mike said, when he announced the changes in his minister’s statement a day prior, June 6.

The increase encourages people to make money in entrepreneurial ways, by selling carvings or working in seasonal business, Mike said.

The first phase of reforms to the income assistance program also increases monies available for residents of Nunavut with short and long-term disabilities.

The monthly allowance for injuries or disabilities lasting longer than a year is to be bumped up to $250 per month from $175. And for six- to 12-month disabilities, a short-term allowance of $125 per month is to be introduced.

Figures from 2015 show that 39 per cent of Nunavut’s population is on welfare. And, the Department of Finance said during budget time that spending on income support in Nunavut has increased by 60 per cent in the last six years.

Allan Rumbolt, MLA for Hudson Bay, wanted to know, June 7, what efforts are being made to ensure people know about the changes and how the department is planning to track how much money people have in their savings accounts.

Mike said income support workers in communities will be trained to handle the changes and be responsible to inform clients and help them fill out new forms.

“As to the monitoring of client bank accounts… workers will have to abide by the proper procedures touching upon banking information and privacy,” Mike said.

He did not, however, provide a figure for how much people will be permitted to save.

Later, staff from Mike’s department said individual clients would be permitted a maximum of $500 in “liquid assets,” such as a bank account without fear of penalty, and family clients could have a maximum of $1,000 in a cash bank account. 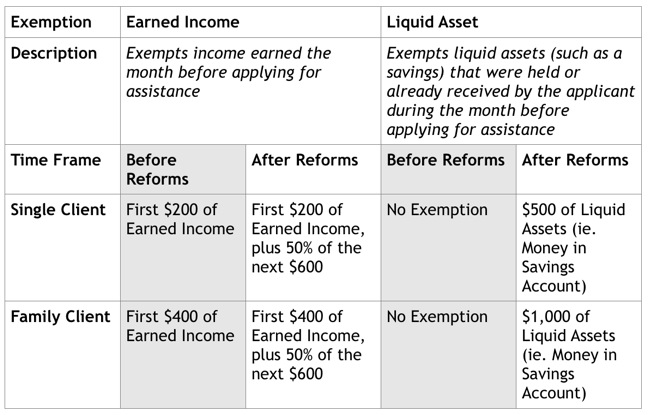 The following chart shows earned income exemptions before and after Government of Nunavut income assistance reforms. (COURTESY GOVERNMENT OF NUNAVUT)