“I’m willing to work a little harder for it” 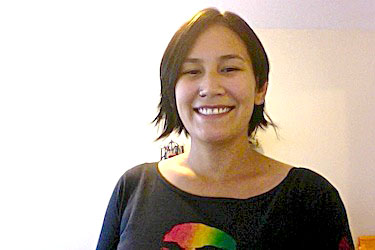 Laura Arngna’naaq, daughter of Terri Thayer, a teacher, and former Northwest Territories MLA and renewable resources minister Silas Arngna’naaq of Baker Lake, is now enrolled in the University of Toronto’s tough Masters of Management and Professional Accounting program — the first aboriginal student ever to enrol. (PHOTO COURTESY OF L. ARNGNA’NAAQ) 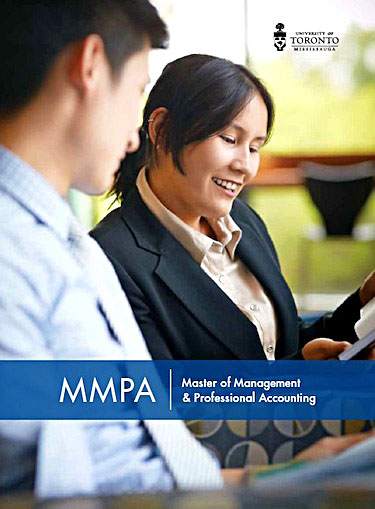 Laura Arngna’naaq’s photo is displayed on the cover of the brochure for the Masters in Management and Professional Accounting program at the University of Toronto.

A 22-year old student, originally from Baker Lake, is breaking new ground as she moves forward with advanced accounting studies in Toronto.

Laura Arngna’naaq, daughter of Terri Thayer, a teacher, and Silas Arngna’naaq, a former Northwest Territories MLA and renewable resources minister, is the first aboriginal student to ever enroll in the University of Toronto’s demanding Masters in Management and Professional Accounting program.

Knowing that she’s the first aboriginal student to enter the demanding program has upped the pressure on her to succeed, Arngna’naaq said.

But the 27-month program — which now features her photo on the front page of its website and brochure — puts her that much closer to her personal goal of becoming a chartered accountant.

If that sounds like a daunting ambition, Arngna’naaq, a recent business graduate of Trent University, makes her chosen career path sound almost easy.

In a telephone interview from Toronto, Arngna’naaq said she always enjoyed working with numbers and figures.

“It’s able to hold my interest, and I’m willing to work a little harder for it,” she said.

Arngna’naaq first thought of becoming a small business owner. That was before she discovered wasn’t really up for it. “So I fell into accounting.”

Then, maybe, she’ll head to a job with the one of the “big four” — the four largest international accountancy and professional services firms, Deloitte Touche Tohmatsu, PricewaterhouseCooper, Ernst & Young, and KPMG, which handle most audits for large companies world-wide.

If there’s a down side to this upwards professional trajectory, it’s that Arngna’naaq doesn’t have much connection to the North.

Although she’d like to visit, it’s too expensive for a student on a tight budget, so, although she stays in touch with her father and other relatives in Baker Lake, she hasn’t visited there since she was 15.

And because Arngna’naaq spent her elementary school years in Yellowknife, that city remains the northern place she feels the strongest connection to, she said.

Only rarely does Arngna’naaq see any Inuit in Toronto.

“Once in front of the Eaton Centre, this guy came up to me and said ‘hey, you’re an Inuk — what’s going on?’ It was great,” she said.

Arngna’naaq moved from Baker Lake to Yellowknife when she was four, and then from Yellowknife to Kingston, Ont. when she was in high school. Her fluency in Inuktitut didn’t survive those moves.

But Arngna’naaq remains proud of her roots, serving as an “indigenous ambassador” for Trent University during a year of her undergraduate studies.

“Now I don’t have time for anything,” she admits.

As for her success in school, Arngna’naaq attributes that mainly to her parents, “a mother who teaches first grade” and helped her through a ‘rough patch’ in high school, insisting that her daughter stick with the academic stream, and a high-achieving father who had attended college, but always wanted his children to go even further with their education.

Arngna’naaq’s sister Sarah now attends law school at the University of Victoria, while her brother Nathan works at Agnico-Eagle’s Meadowbank mine near Baker Lake.

The positive emphasis put on post-secondary education in the South also encouraged her to study, Arngna’naaq said — if your peers aren’t looking towards going to college or university, then “you’re less inclined to go.”

During her years of post-secondary work, Arngna’naaq received financial help from various places, including yearly stipends of up to $14,000 from the Mississaugas of the New Credit First Nation, a Sun Life financial scholarship from the Canadian Council for Aboriginal Business, a scholarship from the Royal Bank of Canada’s Aboriginal Student Awards Program, and Nunavut Beneficiaries Scholarships.

But “they’re actually discontinuing it this year, which is too bad,” Arngna’naaq said.

Even with this financial assistance, Arngna’naaq is taking on thousands of dollars of debt to cover the annual $30,000 tuition and expenses for her MMPA program.

“I think it’s worth it. I’ve done my calculations and I think it’s manageable.” And for others?

Arngna’naaq said that despite the challenges, she hopes more other Inuit will be encouraged “to go into university and beyond.”