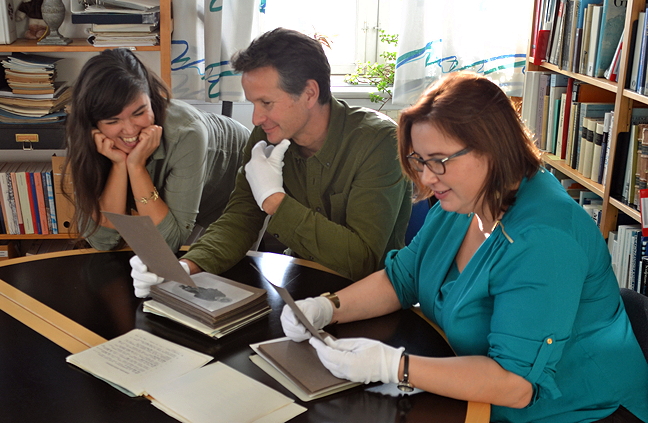 Inuit have a new tool to explore their pre-settlement roots thanks to the Kitikmeot Heritage Society, a non-profit organization based in Cambridge Bay, which launched its Fifth Thule Atlas online April 21.

The “cyber-atlas” is the result of years of work by the society archiving historical characters and traditional Inuit place names documented by the famous Greenlandic-Danish explorer, Knud Rasmussen, during his voyages across the Arctic in the 1920s.

“I think it will be something that people can explore, which will be really exciting to use as a resource at their own leisure,” said the heritage society’s executive director, Pamela Gross.

Rasmussen’s prolific work produced a 10-volume journal: a priceless archive of traditional Inuit life prior to mass settlement in the 1940s.

“Rasmussen was born for the job. As part Greenlandic, who was fluent in Inuktitut, he could communicate with people at a level other ethnographers could not. Its fascinating the depth of information he has,” said project leader Darren Keith.

Visitors to the online site can track Rasmussen’s adventures through an interactive map, and explore the connection between Inuit ancestors, ethnographic regions, stories and historical photographs.

The society has already archived some 600 entries from Rasmussen’s notes on the “Copper Inuit,” a regional classification given by the explorer to Inuit around the Coppermine River.

As development on the atlas continues, three more regions encompassing the Boothia Peninsula, the Melville Peninsula and the southern Kivalliq will be added at an expected rate of one region per year.

In Cambridge Bay, the society hopes the project will help local Inuit in explore their Inuinnaqtun namesakes.

According to the Kitikmeot Heritage Society’s Gross, many younger Inuit, who can’t speak the dialect, have forgotten the history of family names encountered by Rasmussen.

“There’s a lot of great information with names and ethnography collected, and we want to have the elders work with the community to talk about names and make a connection to them,” she said.

“There are a lot of names in there that are last names, namesake names, for example. You don’t always know if your name has a meaning, or what it means, so it’ll be nice to teach that.”

Extensive work on the project has been done in collaboration with the National Museum of Denmark in Copenhagen, where the bulk of Rasmussen’s artifacts are stored.

The society says the project will eventually incorporate digital scans of the collection into the atlas as more funding from Canadian and Danish sources becomes available — possibly beginning at the end of this year.

“We do plan in the next couple years to have objects that will be scanned and you can go and click on the object and have a 3D tour of it,” Gross said.

A plus: the atlas website is streamlined to account for the limited bandwidth available in the North and so remote communities shouldn’t have a problem accessing it.

Currently, the servers holding the information are based in Ottawa, in partnership with the Geomatics and Cartographic Research Centre at Carleton University.

Additional servers, based in Nunavut, might be added at a later date, if information on the atlas reaches critical mass.

For more information on the project and to explore the atlas, you can visit the website here.