“It completely scares us — it’s the food of our people” 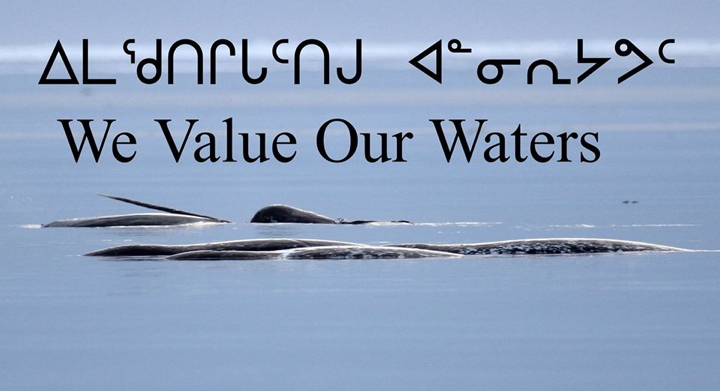 This is the banner atop the Fight Against Seismic Testing in Nunavut Facebook page. (PHOTO COURTESY NIORE IQALUKJUAK) 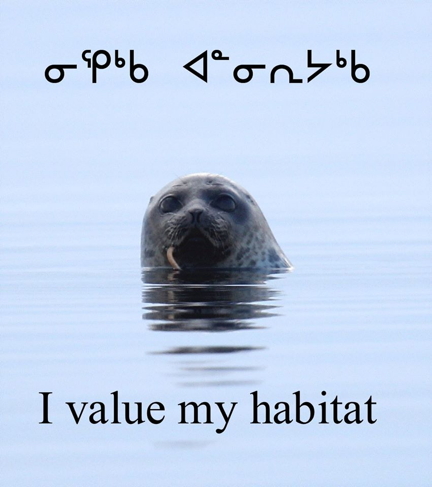 If federal officials think seismic testing will go forward in Baffin Bay without a hitch, they might want to rethink that.

With a Facebook protest group having amassed 1,800 members and a petition in the works, seismic testing opponents have now solicited the help of Ecojustice, a national charitable organization that offers free legal services to people fighting for environmental causes.

“I was looking at their website and I liked how their goal is that people should be living in a friendly and safe environment,” said Jerry Natanine, mayor of Clyde River.

“With the new [Tsilhqot’in] Supreme Court decision, we want to find out if our rights are being violated or not and we figure those guys would be good people to sort that out for us.”

Born in 1990 as the Sierra Legal Defence Fund and now known under its new name since 2007, Ecojustice has offices in Vancouver, Toronto, Ottawa and Calgary and a bank of lawyers who specialize in areas of law that serve to preserve and protect the environment.

When contacted by Nunatsiaq News on July 10, a spokesperson for the organization said they do not disclose public requests for services until a formal partnership has been worked out.

“I’d suggest you check back with us in a couple of weeks,” Ecojustice’s Pierre Hamilton wrote in an email.

Both Natanine and fellow Clyde River resident Niore Iqalukjuak, are hopeful that Ecojustice will help them stop a bid by a consortium of companies to conduct seismic testing off the east coast of Baffin Island.

“My father’s generation, they have stood by and said nothing, but some of us are now at the point where we say we cannot be quiet anymore and stand by and just watch what the government is doing to our land and our people,” Iqalukjuak said.

They, along with other Baffin mayors and the Qikiqtani Inuit Association, are opposed to the project and believe the National Energy Board did not apply due diligence when consulting, and informing, local communities about the project.

They are worried about the impacts that seismic testing — which involves underwater explosions of sound — might have on marine mammals.

A low-flying jet produces 140 decibels of sound, according to an online audio chart.

The underwater seismic explosion produces 260 decibels, according to a National Geographic infographic.

It says anything above 170 decibels can injure marine animals.

“So we know it will have an impact on our wildlife,” said Iqalukjuak, damaging their hearing and perhaps affect their annual migrations. Sadly, he suspects, no one will monitor that.

Natanine and Iqalukjuak are also aware that data obtained from those tests could lead to oil and gas exploration off Baffin Island.

A huge portion of the southwestern shoreline of Greenland is currently licensed to oil and gas companies for that very thing.

The Nunavut Planning Commission just released a study saying that knowledge about how an oil spill would behave on or under ice is extremely limited and that this poses an unpredictable risk to the Arctic environment.

“It completely scares us,” said Iqalukjuak. “It’s the food of our people. That’s why Inuit are so adamant about trying to stop this.”

Natanine said it might seem unusual for Inuit groups to seek help from environmental groups considering the acrimonious relationships they have had with some organizations in the past — Greenpeace in particular.

But he said it might be time to bury the hatchet and work together against a common foe — in this case, the federal Conservative government.

In fact, Natanine admitted when he read a recent Greenpeace opinion piece published on nunatsiaqonline.ca, which formally apologized for the impact its anti-sealing campaign had on northern subsistence hunters in the 1970s and 80s, he got a tear in his eye.

“At first, I thought, I hate those fuckers,” said Natanine, who explained how Clyde River was decimated by the loss of the sealskin market and how many people lost their livelihood and became depressed and alcoholic as a result, including his own parents.

“But you know, they’re just human. They didn’t know what they were doing. And now, to acknowledge they were wrong and that they had this negative impact on us, it touched me inside. I thought I would just forever hate them. But I say, ‘No.’ I’m not Palestine.”

Meanwhile, the “Fight Against Seismic Testing In Nunavut” Facebook page lists a who’s who of northern leaders, people of influence, and regular folks who exhibit varying degrees of anger toward the NEB, the Stephen Harper government and Nunavut MP Leona Aglukkaq.

Iqalukjuak says he feels abandoned by Aglukkaq, saying she might have had influence over this project as environment minister and as Arctic Council chair.

“We just want her to speak for us,” he said, with disappointment. “We want to say ‘We need you.’”

He added that in launching the Facebook page, he wasn’t sure whether it would catch on, but is thrilled to see people posting comments and creating a unified voice.

Modern social media forums such as this provide a valuable venue for people to share information, inform themselves and organize, Iqalukjuak said.

Article 32 of that declaration says states must “cooperate in good faith with indigenous peoples” and obtain “their free and informed consent prior to the approval of any project affecting their lands or territories and other resources, particularly in connection with the development, utilization or exploitation of mineral, water or other resources.”

Iqalukjuak suggests Inuit are neither informed nor consensual when it comes to this project.

In a letter he sent to Nunatsiaq News this week, Bernard Valcourt says the NEB “carried out a scientific and technical review of the application, which included consideration of community and public concerns.”

Valcourt also wrote that the proponents, Multi-Klient Invest (MKI,) had to submit a benefits plan to AANDC to demonstrate how Canadians would participate in, and benefit economically from, the project.

But the details of the plan have not been made public by either Ottawa or MKI.