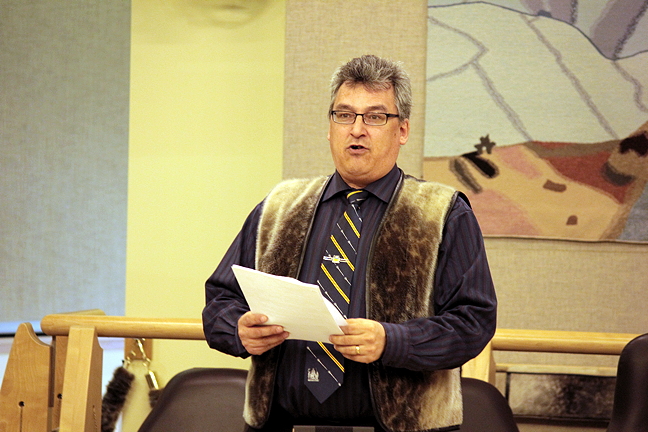 Testimony from Simeon Mikkungwak, MLA for Baker Lake, who was sent to Kivalliq Hall to attend school in Rankin Inlet in the late 1980s, helped to convince a Nunavut court that Kivalliq Hall, and the Keewatin Region Education Centre, should be officially recognized as a residential school. (PHOTO BY LISA GREGOIRE) 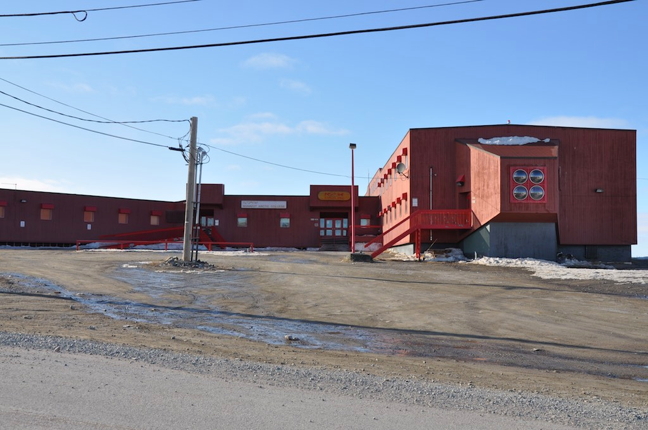 A boarding home in Rankin Inlet is joining the list of residential schools included under the Indian Residential School Settlement Agreement, following a landmark decision from Nunavut’s Court of Justice.

In the first case of its kind in the territory, Justice Bonnie Tulloch concluded in a decision released Dec. 14 that the Kivalliq Hall—a boarding home for out-of-town students attending the Keewatin Region Education Centre in Rankin Inlet during the mid-1980s—fulfilled requirements for classification as an Indian Residential School.

The decision opens the door for many former students to file for compensation under the IRSSA’s Common Experience Fund: a $1.9-billion fund directing lump-sum payments to survivors of residential schools and created when the Settlement Act was implemented in 2007.

“I find that Canada was at least partially responsible for the administration of Kivalliq Hall through its continued involvement in the delivery of education… and its financial contribution to the construction and operation of the institution,” Tulloch wrote in her decision.

The IRSSA allows for additions to the residential school list if a Superior Court determines that Canada was responsible for the facility’s operation and that children were placed in the care of the residence away from home under the authority of Canada.

The application to include Kivalliq Hall under the IRSSA was brought forward by Nunavut Tunngavik Corp, relying in part on testimony from former Kivalliq Hall student and current Baker Lake MLA, Simeon Mikkungwak.

Mikkungwak was relocated 278 kilometres from his home in Baker Lake to attend high school at the Keewatin Region Education Centre, or KREC, between 1985 and 1989.

“I expected to attend Sir John Franklin High School and live at Akaitcho Hall [in Yellowknife],” Mikkungwak said in his testimony.

“Instead, and immediately before I departed, I was told that I was going to be schooled at KREC and would live at Kivalliq Hall.”

Tulloch noted that Akaitcho Hall is a recognized Indian Residential School, or IRS.

“In my view, diverting students from a recognized IRS to Kivalliq Hall, whether due to lack of space at the former or low enrollment in the latter, invites the inference that this placement was by or under the authority of Canada for the purposes of education,” she said, adding, under that reasoning, Kivalliq Hall falls within the scope of an IRS.

In its submissions, the Government of Canada argued that the financing, administration and operation of Kivalliq Hall fell solely under the authority of the Government of the Northwest Territories which, since 1970, had responsibility for all aspects of the education program as the territory moved towards devolution.

But Tulloch disagreed, arguing that while the GNWT was autonomous in name by 1985, in practice it was still largely dependent on the Government of Canada to approve funding for projects such as Kivalliq Hall, as well as the providing of staff for the administration of the facility.

“Though Canada submits that full devolution had occurred by 1984, the record before me does not support this,” she said, arguing that financing for Kivalliq Hall had to go through the federal Treasury Board, after being green-lit by the Commissioner of the Northwest Territories.

At the time, the federal minister of Indian and Northern Affairs was responsible for appointing the Commissioner.

“I find these comments to be indicative of the then-ongoing, not completed, journey toward responsible government and devolution of powers from Canada to the GNWT,” Tulloch added.

Tulloch invited both parties to submit recommendations regarding the extension of CEP applications following the addition of Kivalliq Hall to the list of residential schools.

The deadline for survivors to submit CEP applications under the original IRSSA fell in September 2011.

By December 2012, the Government of Canada reported that approximately 98 per cent of eligible students under the IRSSA had filled for compensation, totaling $1.62 billion.