Territory also leads in those hospitalized for “self-injury” 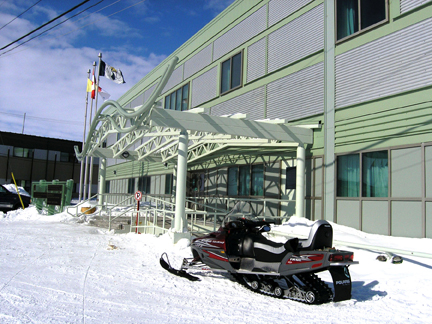 The Kitikmeot Health Centre in Cambridge Bay has struggled to keep the centre staffed with a resident physician. Overall, Nunavut suffers from the lowest per capita rate of family physicians and only 10 to 15 family physicians may be working in the territory at any given time — about the same as in Nunavik, which has one-third the population. (FILE PHOTO)

Nunavut suffers from the highest per-capita rate of potentially avoidable deaths, said a report issued May 13 by the Canadian Institute for Health Information and Statistics Canada.

At the same time, the territory also suffers from the highest per capita rate of people hospitalized after harming themselves.

“While some risk factors are beyond the control of the health system, high rates of self-injury hospitalization could be interpreted as being the result of the system’s failure to prevent self-injuries that are severe enough to require hospitalization,” a note attached to the study said.

The numbers show that people in Nunavut who are hospitalized for mental illness spend less time in care than many other places: 418 days per 10,000, compared with 707 days per 10,000 across Canada.

And the health institute’s figures also show that a bigger proportion of Nunavummiut die from potentially preventable causes than any other health jurisdiction in Canada.

And a much smaller proportion of child-bearing women in Nunavut —11.3 per cent — give birth by ceasarian section.

This likely reflects the longstanding staffing problems in Nunavut, where only 10 to 15 family physicians may be working at any given time.

The report listed the number of specialist physicians in Nunavut in 2011 at zero.