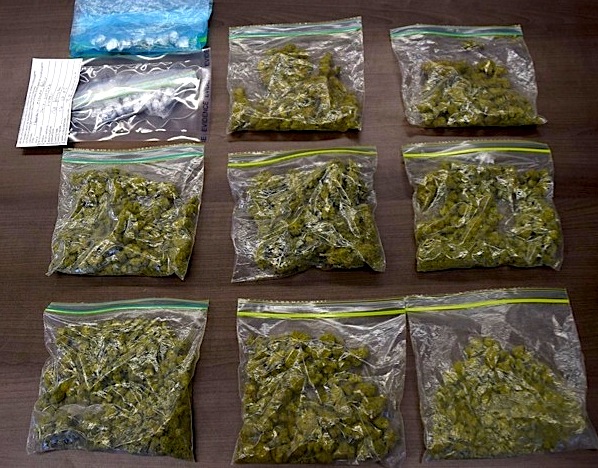 Here’s a look at the marijuana seized March 24 by police in the western Nunavut community of Kugluktuk. (HANDOUT PHOTO)

Police were called in after a man, 23, was reported to be in breach of his court conditions.

As a result of the investigation, Kugluktuk RCMP arrested Kuliktana and took him into custody for breaching his court conditions.

Police also seized “large amounts” of marijuana and hashish. The street value of the drug seizure is estimated at $11,500, the RCMP said in a March 30 release.

• 30 counts of breaching an undertaking or recognizance (a promise to the court);

• four counts of breach of probation;

• one count of possession for the purposes of trafficking an illegal substance; and,

• one count of resisting arrest.

If you have any drug-related information, police encourage you to contact your local RCMP Detachment or Crime Stoppers at 1 800 222 8477 (tips.)

Last week, police in Kugluktuk reported they had stopped a small quantity of illegally-imported alcohol March 20 from entering the community of 1,600.