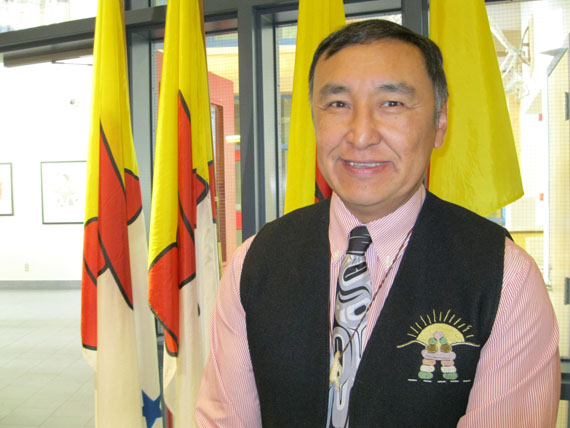 Iqaluit-Sinaa MLA Paul Okalik questioned Family Services Minister Johnny Mike Nov. 8 about how a man who admits to being an alcoholic was deemed a suitable foster parent. (FILE PHOTO)

How could the Government of Nunavut allow an admitted alcoholic to become a foster parent and care for some of Nunavut’s most vulnerable citizens?

That was Iqaluit-Sinaa MLA Paul Okalik’s question for Family Services Minister Johnny Mike on Nov. 8, the last day of the Nunavut legislature’s fall sitting in Iqaluit.

During question period, Okalik referred to a recent Nunatsiaq News story about that foster parent.

The parent, a man whose name Nunatsiaq News is not publishing, stood trial in September on four counts of alleged sexual crimes against two minors.

During that trial the man admitted to being an alcoholic.

A Nunavut judge ruled Nov. 4 that enough reasonable doubt existed to find the man not guilty, although the judge said the man “probably” did commit the crimes the two young complainants alleged.

“How does the Department of Family Services allow such an individual to assume the role of a foster parent?” Okalik asked Mike.

Mike said in response that it’s a “challenge” to find foster parents in Nunavut but department officials, “attempt to find a safe environment [for foster children], as a rule.”

“Family Services takes this very seriously as protection of children is the priority and further, the onus is on the foster parents to take good care of their charges,” the minister said.

Unsatisfied with the answer, Okalik pressed Mike for more information.

“If the investigations are that comprehensive, how did a foster parent with an admitted alcohol addiction… even get considered for fostering these children?” Okalik asked.

Mike said the “comprehensive” investigation into potential foster parents includes checks for a criminal record, any “untoward behaviour,” addictions and “any indication of possible danger to the child.

“The officials do try to ensure all the check marks are completed… to ensure children under their care are safe,” said Mike.

Okalik used his final follow-up question to ask if the department will learn from this experience.

“Will this lead to more comprehensive investigations of all prospective foster parents?” asked the MLA.

Mike said there are no plans to change the department’s process to vet potential foster parents but the department would learn from the mistake.

“I can tell my colleague now that I have directed my officials to look into this case to ensure it does not happen again,” Mike said.

Justice Bonnie Tulloch, who presided over the foster parent’s September trial, ordered that a copy of her decision be sent to the family services department.

“The accused should be removed from the list of acceptable foster parents,” Tulloch said.