“We have a window, and that window is going to close sooner than later” 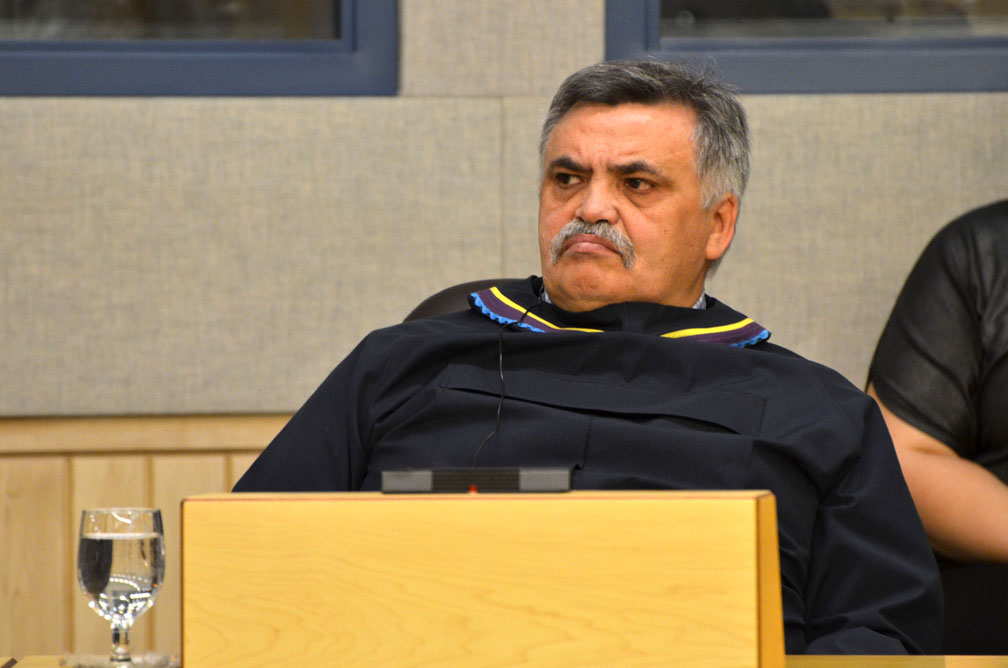 Lorne Kusugak, Nunavut’s minister of community and government services, urged MLAs on Oct. 30 to support a $5-million plan to start work on fibre optic links to four Nunavut communities. A motion to delete the item from the capital estimates was ultimately defeated. (FILE PHOTO)

The Government of Nunavut plans to spend $5 million this year on a project that would provide high-speed internet to the territory’s capital and two other communities via an undersea cable.

But the plans, contained in the government’s capital estimates, drew criticism from some of Nunavut’s MLAs, who fought a failed effort to strike the plan from the budget on Tuesday, Oct. 30.

The project would connect Iqaluit, Kimmirut and Cape Dorset to Nuuk, Greenland, which already has a fibre optic cable running to North America. Sanikiluaq, meanwhile, would be tied to a fibre optic cable currently being strung along the coast of northern Quebec.

Many details of Nunavut’s fibre optic plans have yet to be disclosed, including the two-year project’s timeline and total cost. The territorial government hopes to leverage federal funds, although it’s not clear how much.

John Main, MLA for Arviat North–Whale Cove and chair of the standing committee of regular members, called for the project to be deleted from the capital estimates. “Not enough deliberation or foresight was spent on the financial aspects to determine if this was indeed the lowest cost option,” he said.

Earlier, he questioned why the project should be built by the government, rather than by the private sector.

“We have so much in Nunavut that is run by the government that we should be seeking every opportunity to hand off investment opportunities to the private sector and do less, and focus on what we’re good at and what things people can’t make money at,” said Main.

Lorne Kusugak, Nunavut’s minister of community and government services, countered that “over the last five years, this government has spent nearly a billion dollars on infrastructure because it’s better and cheaper if the Government of Nunavut owns it.

“We have a lot of water treatment plants, arenas, schools, health centres, office buildings, houses, and the list goes on of infrastructure. Why? Because it’s cheaper if we own it than if we rent it.”

Eiryn Devereaux, Nunavut’s deputy minister of infrastructure, told the legislature that government ownership will help make the project eligible for federal funding. But he said a partnership with a private company could always be struck once federal funding is secured.

To that end, he said the territorial government has had “preliminary discussions with various groups” over the past year.

“That’s our goal,” responded Kusugak. He added that Nunavut’s other communities would still benefit from better internet speeds if Iqaluit, which currently consumes 70 per cent of the territory’s satellite bandwidth, were moved to a fibre optic link.

“If Iqaluit went on to fibre, then the straw opens up for the rest of the territory to be able to have faster internet just by Iqaluit alone,” he said.

Once the first stage of the project is completed, “I think we would want to be able to carry on from there as this progresses to the Kivalliq,” said Kusugak.

“From Cape Dorset we could go to Coral Harbour and then on to the Kivalliq communities. That opportunity is there. In the coming years we could go from Cape Dorset or Kimmirut onto Qikiqtarjuaq, Pangnirtung, Clyde River, and on.”

As well, federal funding may not always be as easy to secure, he said.

“We have federal elections coming up next year,” said Kusugak. “We have a window, and that window is going to close sooner than later.”

Main said he understood the importance of providing high-speed internet to the territorial capital, but he couldn’t support the project without more information.

“I have been asking questions about this project for quite some time now and I have yet to be provided any analysis which shows the payback period, which shows the return on investment, which shows the potential revenues from the private sector. I’m assuming that that work has been done, but it hasn’t been provided to me as a regular member despite requesting additional information on this project.”

To date, the territory has so far spent $6 million on underwater surveys to prepare for fibre-optic cables, said Main.

Main’s motion to scupper the project received support from himself, Cathy Towtongie, Pauloosie Keyootak, Patterk Netser and Joelie Kaernerk. With the rest of Nunavut’s MLAs voting against the motion, it was defeated.