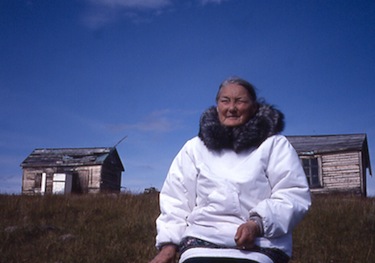 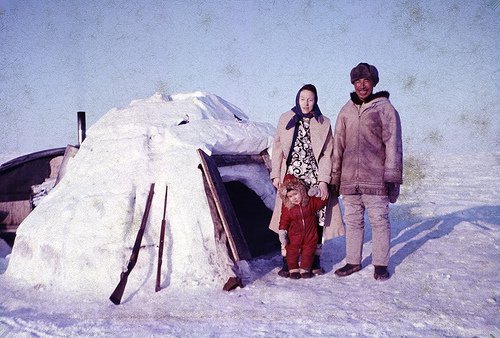 It’s not often that members of the Nunavut Legislative Assembly openly display grief.

But that was the case Oct. 29 when several MLAs talked about the lasting impact that elder Kanayuk Bruce, who died this past July at 88, had on their lives.

“Ever since I was a child, she was welcoming to everyone and she was always willing to teach anyone the art of tanning the hides, preparing them, and sewing clothing,” Ningeongan said in Inuktitut, his voice quivering and his lip trembling as he stood up straight to address the assembly.

Bruce grew up in Wager in Bay in Nunavut’s Kivalliq region. Nicknamed Tweenaq, or the word for one who looks just like a doll, she worked as a clerk at a trading post that served Gjoa Haven, Kugaaruk and Taloyoak, Ningeongan said.

Bruce moved to Coral Harbour in the late 1950s where she “was very much involved in the church and was a strong and supportive influence,” Ningeongan said.

Her influence is seen by the number of successful Nunavummiut who gathered around her.

“Mrs. Bruce was never shy to give her opinion on matters affecting the community. She had very strong family values and principles that she was able to pass on the young families,” Ningeongan said.

Nunavut Tunngavik Inc. president Cathy Towtongie, one of Bruce’s daughters, was the first to wipe her tears away. Towtongie sat in the gallery, dressed in traditional Inuit clothing, with a solemn expression on her face.

Tagak Curley’s father was Bruce’s cousin, but he said he used to call Bruce his “Attakuluk,” or his paternal aunt.

“Whenever I would arrive into the community, she and her family knew that as soon as I arrived, the first place I would visit would be her home without going to my hotel room,” Curley said. “I want to state that she loved her children tremendously. I even recall one time when she was worried about one of her children and this was when she was starting to lose her voice.”

“Shortly after that episode, she passed away,” he said.

That story caused an interpreter in the chambers to briefly stop to wipe tears away from behind her glasses.

“I share the loss with the two previous speakers, as the lady in question was our sister-in-law,” said the MLA for Iqaluit West, Monica Ell.

Bruce also leaves behind her husband of more than 65 years, Mikittuq Bruce, grandchildren, and many great-grandchildren. She passed away in her sleep peacefully on July 28.

Her favourite quote: “Don’t get yourselves into the mud of the worldly gossip, encourage yourselves if there’s no one to encourage you and move forward and trust God for he will make a way.”