Nunavut directors head for the red carpet at TIFF 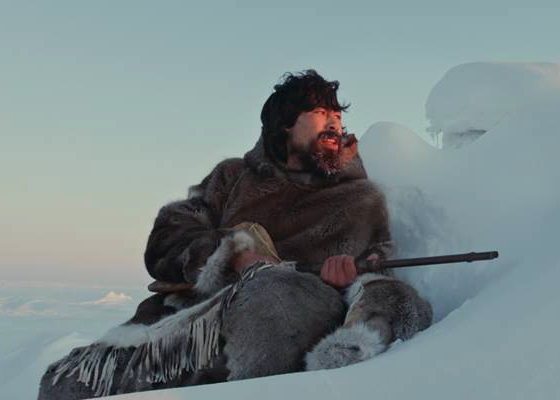 When Natar Ungalaaq walks the red carpet at the Toronto International Film Festival in September at the première of Maliglutit, he will do so, for the first time, as a director.

Ungalaaq, known for his acting roles, including the lead in the award-winning film Atanarjuat, was invited to co-direct the latest Kinguliit Productions feature film with celebrated Inuit director, and friend, Zacharias Kunuk.

Reached at his home in Igloolik Aug. 12, Ungalaaq said he now has a full appreciation for what goes into making a film, beyond just looking good and sounding real in front of the camera.

“It was very challenging,” he said. “I think it was the best thing I could do as an actor because if you want to be an actor, you have to know everything to succeed in a film.”

Maliglutit, a 90-minute, $1.2 million feature movie two years in the making, was filmed mostly in and around Igloolik during a freezing cold March in 2015.

Set around 1913, the story of kidnapping, murder and revenge is loosely based on an old John Wayne western called The Searchers. The film stars Benjamin Kunuk, Jocelyne Immaroitok and Karen Ivalu.

Ungalaaq said he joined the crew early on when the Maliglutit script was only 17 pages long and the characters hadn’t really been developed yet.

He said co-director Kunuk respected his ideas and never told him what to do or think and, together with writer Norman Cohn, they grew the story until the script topped 100 pages.

Ungalaaq said the hardest part about directing was trying to teach new and inexperienced actors how to build their characters and be convincing in their roles in front of the camera.

He and Lucie Tulugajuk served as acting coaches.

Acting can be tiring and frustrating, Ungalaaq said, especially when it’s minus 40 C on the tundra. Scenes have to be shot over and over and that can wear a person down.

“The hardest part is to try to get the actor to get into the character, someone they never experienced, and saying dialogue when they might never say these words but to be the best actor, you have to say things you don’t want to say,” said Ungalaaq. “You have to be flexible.”

Kunuk, reached in Igloolik Aug. 12, said motivating actors is always one of the biggest challenges of making movies in the North — which is why he makes all his actors sign a contract, to ensure a commitment to the bitter end.

“We can’t all be happy at the same time with this many people. It’s like you’re a social services worker trying to make this all work, calming down people,” Kunuk said.

Another challenge centred on his non-Inuit camera operators who couldn’t always follow the drama because they didn’t understand the Inuktitut dialogue, Kunuk said. Sometimes they’d be shooting the wrong person because they didn’t realize the plot had shifted.

And the dogs? They didn’t understand Inuktitut or English and didn’t always follow direction when told to go a certain way, Kunuk said, laughing.

Kinguliit hired roughly 60 local people for the film who did everything from act in lead roles to building igloos, consulting on historic Inuit vocabulary, sewing costumes, making food for the crew and assisting in filming and production.

Ungalaaq said he enjoyed the experience, too. But while audiences are watching the magic unfold during screenings of Maliglutit this fall, he said he’ll still be drawn to the little inconsistencies which only a director would see: a faint snowmobile track that shouldn’t be on the tundra in 1913, or a brief shadow from a boom microphone.

“Making films today looks really easy but, having experience, it’s not easy,” he said. “It’s day in, day out work. And dealing with the cold is one of the biggest challenges.”

Ungalaaq said the project was all consuming and he’s taking a break from filmmaking for now.

As for Kunuk, who turns 59 this November, he shows no sign of slowing down.

He’s currently in talks with the Winnipeg Art Gallery to make a short film for an upcoming exhibition.

Kunuk said he’s toying with the idea of “A day in the life of Noah Piugaattuk,” a respected Igloolik elder, now passed away, and one of the last outpost camp leaders who was finally convinced to relocate to the permanent settlement in the 1960s.

Kunuk says he’s even considering making it virtual reality to allow viewers to put themselves on the tundra, with Piugaattuk, during that time of great transition for Inuit.

Dates of TIFF film screenings will be announced during a news conference at the end of August.