“I can’t believe I saw Everest with my own eyes. I was up in the clouds” 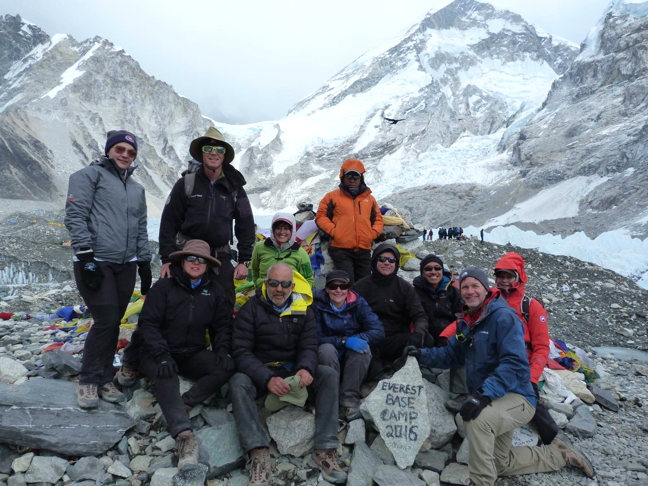 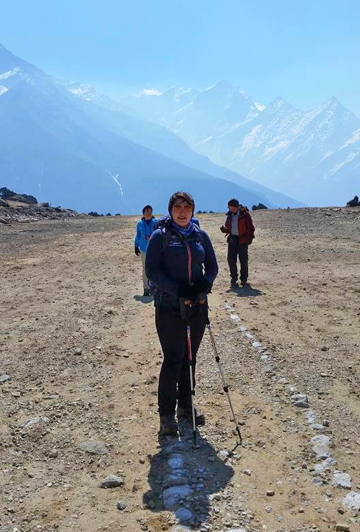 As a child growing up in Coral Harbour, Elena Kataluk dreamed of seeing Mount Everest — Earth’s highest mountain, perched in the Himalayas and a world away from her home in Nunavut.

Kataluk got to live out that dream in April when she accompanied a group of adventurers on a mammoth, multi-week journey across the globe to the slopes of the famous mountain.

“I can’t believe I saw Everest with my own eyes,” Kataluk told Nunatsiaq News from her home in Rankin Inlet. “I was up in the clouds.”

Even after three weeks, she says the experience still feels surreal. But beyond fulfilling a childhood ambition, Kataluk’s journey to Everest is commendable for other reasons.

According to expedition coordinator Angus Murray, Kataluk, 25, is the first known Nunavummiut to reach Everest’s base camp: the last stop for mountaineers before pushing upwards, toward Everest’s 29,000-foot summit.

Lisa Koperqualuk of Nunavik made a similar journey to Everest base camp in 2005, becoming the first known Inuk to reach that site.

But for Kataluk, being the first Nunavummiut to at Everest isn’t nearly as important as the journey itself.

Kataluk joined the Outward Bound Canada-lead expedition to raise money and awareness for a subject close to her heart: helping women heal from abuse and trauma.

Outward Bound Canada is a non-profit organization offering programs for individuals to heal their trauma through a team-oriented outdoor experience.

That is something that Kataluk deals with on a daily basis, working as a cultural support worker for the Kivalliq Counselling and Support Service.

“Once you’re out there in the wilderness and with a bunch of other women together that have similar stories or are going through a hard time, that was my inspiration for going,” Kataluk said.

According to Outward Bound’s website, its programs are designed to build confidence in participants as they overcome challenges and experience new environments.

Kataluk’s trip to Nepal and Everest was no exception. It demanded patience, perseverance and courage.

Enduring 27 hours of combined flying time, with layovers in Winnipeg, Toronto, Hong Kong, Dhaka and finally Kathmandu, Kataluk and her team faced a final flight into the Nepalese frontier town of Lukla. But Kataluk could only watch in fear as the plane approached the landing strip.

“That runway is one of the most dangerous runways in the world, because it’s on a mountain and slanted up,” she said.

“I was a little bit nervous.”

Safely landing, the team set off on a nine-day hike along goat paths and hiking trails to one of two seasonal Everest Base Camps. The camps are located roughly 17,500 feet above sea level and more than 8,000 feet above the team’s starting point in Lukla.

To put that in perspective, Nunavut’s highest mountain, Barbeau Peak in Ellesmere Island’s Quttinirpaaq National Park, is 8,583 feet — less than half the altitude of the Everest Base Camp.

As Kataluk and her team meandered through the narrow Himalayan paths, she was struck with an onset of “acute mountain sickness.”

“Healthcare was the biggest concern for all of us,” said Kataluk. “We had to walk slowly and breathe deep.”

Springtime in Nepal is one of the only times of the year when conditions are ideal to approach Everest. During that time, the paths leading to the mountain are clogged with tourists rushing to make base camp before the summit window closes.

Very little distinguished Kataluk from that crowd, save for her Montreal Canadiens tuque, which instantly drew fellow Canadians from groups to greet her.

“As we were trekking up or down we would see some Canadians, and they would say ‘Habbies!” she said.

But the team had no time to waste, and pushed on to base camp.

Finally, coming face to face with Everest was a bit scary, Kataluk said.

“It is a huge mountain, with the wind blowing and all the ice on top, and you could see just along the edge lots of wind and snow,” she said.

There, far above the tree line, Kataluk couldn’t help but be reminded of another landscape thousands of miles away.

“It was all rocks and land. To me it looked like Nunavut,” she said. “Just less air.”

“Inuit always go out on the land and its good for their souls, and they feel refreshed and energized just being out on the land. Outward Bound is an amazing group, with amazing guides. They teach you different life skills,” she said.

The organization ran an office in Iqaluit in the 1990s, but has since relocated south.

Angus Murray, who coordinated Kataluk’s Everest trip and accompanied the team on its trip, worked in Iqaluit’s Outward Bound Canada office from 1995 to 1997. Funding for the organization has changed since that time, he said, and the programs now rely heavily on private donations.

“Outward Bound Canada hopes to run summer courses again in Nunavut, however it is contingent on finding funding partners,” he told Nunatsiaq News.

Kataluk hopes the group can once again find solid footing in the North.

“There’s so much space here, there’s lots of beautiful places to go and everybody loves doing outdoor activities,” she said.

As for her future adventures, Kataluk says she’s still weighing her options, but she’s not done yet.

“I’ve already done skydiving, I went to the biggest mountain,” she said, going through her “bucket list.”

“Go swimming on a beach maybe?”

For more information on Outward Bound Canada, or to make a donation, you can visit the organization’s website here.