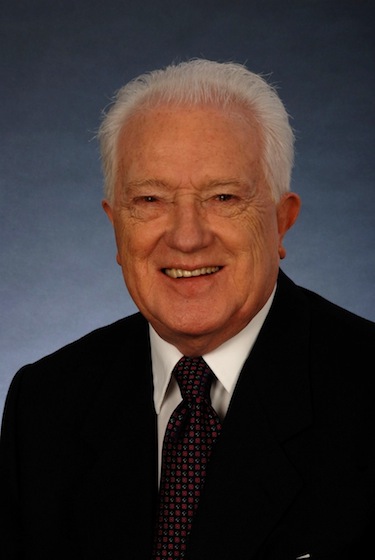 Psychiatrist Dr. Eric Hood recently received the Royal College of Physicians and Surgeons of Canada 2012 Prix d’excellence for Ontario and Nunavut after he made his last trip to Nunavut. (PHOTO COURTESY OF E. HOOD)

Nunavut needs more primary suicide prevention efforts, that is, efforts such as teaching coping skills to children, as a way of preventing suicide in the territory, says Dr. Eric Hood, a long-time psychiatric consultant for the territory who has just retired.

Hood recently received the Royal College of Physicians and Surgeons of Canada 2012 Prix d’excellence for Ontario and Nunavut after he made his last trip to Nunavut this May, a visit that marked the end of his work in the territory.

That honour, Hood said, was “unexpected.”

For many years Hood worked with the University of Toronto’s visiting psychiatry program, started in the late 1960s by the federal government, to bring specialists to the northern regions where they could consult with doctors and nurses.

After more than 30 years of trips to the North, Hood, now 73, said he decided he was ready for a change and that “I would have to stop at some time.”

But, while Hood will no longer travel north, his psychiatry program will continue under six psychiatric consultants who make two trips per year to Iqaluit and other Nunavut communities.

During recent years, their visits to Iqaluit have increased to almost one per month, with a resident usually accompanying the consultant.

“We try to maintain continuity by having the same consultants return to the same communities each time,” Hood said. “When someone joins the team it is with the expectation of a long-term commitment.”

Hood, born in Scotland in 1939, worked in Toronto specializing in child psychiatry before becoming head of the Family Court Clinic Division of the Clarke Institute, now the Centre for Addiction and Mental Health, from 1974 to 1988.

There, he dealt with young offenders, child protection and custody disputes.

And Hood was active in providing training and continuing education for the Division Of Child Psychiatry at the University of Toronto.

He would see patients in clinics, health centres, the hospital, the Baffin Correctional Centre, other community settings, and occasionally at their homes.

“It is difficult to recruit mental health nurses and psychiatrists in remote areas and to have them stay for extended periods,” he said.

But Hood said he looked forward to the welcome and trust he received in Nunavut.

“I can’t claim to be an expert on life in the North, but it has been fascinating to get to know something about another culture and about how people from other parts of Canada adapt and contribute to life in the North,” he said.

Dr. Paul Stubbing, who worked in the eastern Arctic for more than 30 years, recalls that Hood’s passion for his work “was something he did for no other reason than he felt he was making a useful contribution.”

Hood was on the plane the day Stubbing first arrived in Iqaluit in 1978, when there weren’t many people in the fields of psychiatry or psychology coming to Nunavut.

“There was a great need for expert advice and expert care,” Stubbing said.

One of Hood’s strengths was he worked in a collaborative way and didn’t just pay lip service to that approach, Stubbing said.

“He encouraged it, he taught it,” said Stubbing adding “he was very much a collaborator.”

Mental health problems were severe, suicide rates were terrible, and there was substance abuse and family violence, Stubbing said.

Hood was sympathetic and gentle, “one of our mainstay consultants when the issues of sexual abuse at residential schools first became public knowledge,” he said.