Nunavut not yet ready for its own university: Quassa 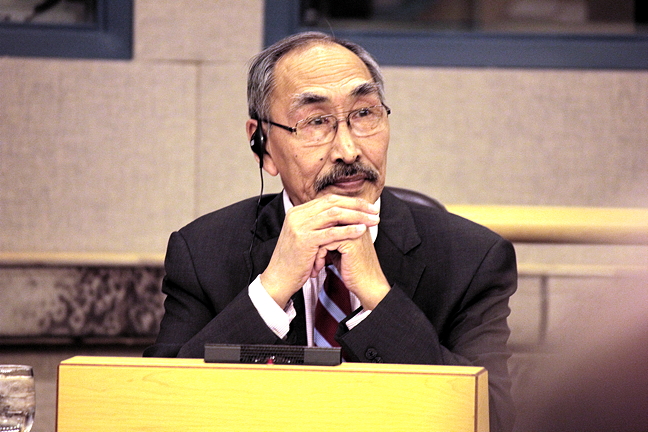 The Government of Nunavut says the territory won’t see its own university any time soon.

The GN commissioned a feasibility study last fall to determine if Nunavut had the resources and market potential to create its first university.

But the report, prepared by the Toronto consulting firm KPMG, found the territory does not and cannot meet the criteria set out by Universities Canada to found and operate its own institution in Nunavut.

That criteria include the ability to provide diverse learning programs, sufficient student enrolment to support them, and qualified academic staff.

The study offered the GN other options for delivering university-level programs in the territory, Quassa said, such as investing in Nunavut Arctic College’s current infrastructure and programming.

“After careful review of the feasibility study, this government decided to pursue a joint venture/partnership with an established university,” Quassa told MLAs June 8.

“A joint venture/partnership would allow us to deliver quality education here in Nunavut and meet Universities Canada criteria through the sharing of expertise and staff from a partner university,” he said.

“Partnering with an existing university would also help us meet the full time student and academic staff requirement.”

The goal will be to help Nunavut Arctic College partner with an established Canadian university, although Quassa did not say if the GN had potential institutions in mind.

The has GN already partnered with different Canadian universities to deliver university-level health, education and law training to Nunavummiut.

For example, the University of Victoria and Ottawa University both helped deliver the Akitsiraq Law School in the territory for a time.

Quassa announced last fall that the GN and NAC will once again deliver the legal training beginning in 2017.

While there have been periodic discussions over the years around the creation of a Nunavut university, Agnico Eagle Mines Ltd. injected new energy into the debate in 2014 when the company said it would donate $5 million towards a new university in the territory.

Currently, there is no brick-and-mortar university in any of Canada’s three territories.