The exceptions: Rankin Inlet and Arviat which sit just below the jet stream 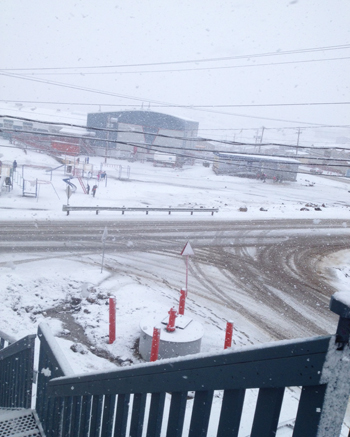 Summer might have officially begun this past week, but if doesn’t feel like it in Iqaluit, which saw snowfall June 22. (PHOTO BY DAVID MURPHY)

After a long, frosty winter and spring, communities in both Nunavut and Nunavik should be able to look forward to warmer temperatures, right?

In its seasonal outlook for June, July and August, Environment Canada is forecasting cooler than normal temperatures for Nunavik and eastern Nunavut.

Blame it on Arctic oscillation, says Environment Canada meteorologist Brian Proctor — an opposing pattern of pressure between the Arctic and the northern middle latitudes.

That system has “anchored itself” in over the southern Kivalliq, south to James Bay and northeast to Newfoundland, Proctor explained.

“Everything south of that jet stream stays warm,” he said. “And when the jet stream locks in that way, it’s difficult to move out of it during the summer months.”

That means that Nunavik, Baffin Island and the northern part of the Kivalliq and eastern portion of the Kikitmeot will likely see cooler than normal temperatures.

That’s already been evident in many regions which have seen snow a few times so far in June.

Seasonal averages for Iqaluit this time of year can vary anywhere from 3 C to 10 C and have stayed near the low end of that so far this year. The forecast for Nunavut’s capital calls for rain and possible flurries this weekend, with temperatures hovering around 3 C.

The summer won’t be particularly wet through the eastern Arctic, however. Proctor says Nunavummiut and Nunavimmiut can expect low cloud cover, fog and drizzle but not necessarily a lot of rain.

The southern Kivalliq, including Rankin Inlet and Arviat, are on the opposite end of that jet stream, and could see much warmer than average temperatures for the summer.

“They could be making the rest of Nunavut a little bit jealous,” Proctor said.

If this week is any example, the temperature in Arviat sits at about 15 C and is expected to stay in the mid- to high-teens through next week.

But weather in the Kitikmeot is less predictable, Proctor said, given that much of the region sits right in the jet stream.

“It’s sitting right on the cusp, so it could go either way,” he said. 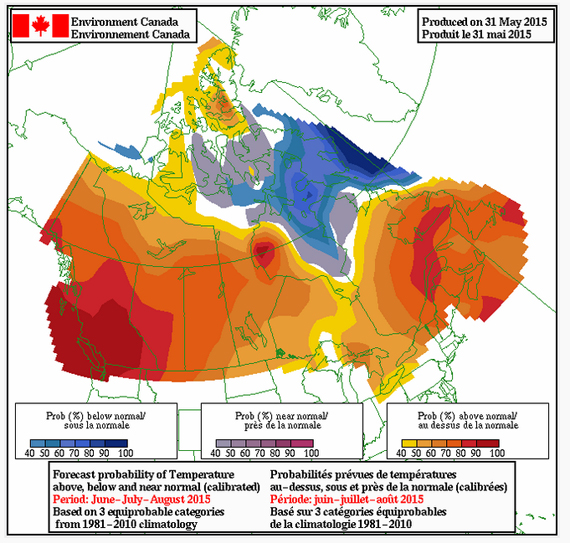