Nunavut review board will get $2.5 million for two-year study 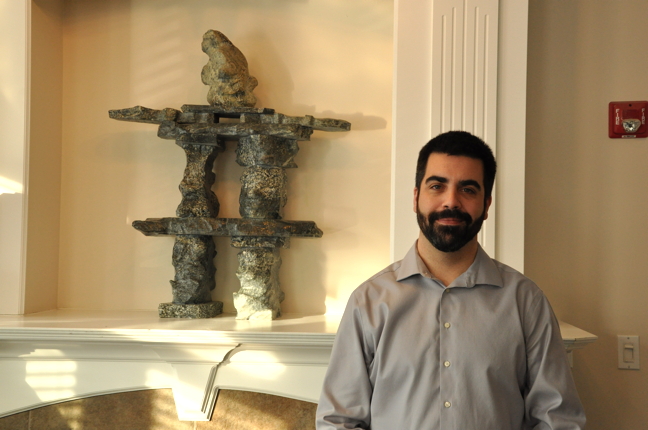 Ryan Barry, executive director of the Nunavut Impact Review Board, said a two-year assessment of potential oil and gas development in the eastern Arctic will help to inform both NIRB staff, and Nunavummiut, in advance of any projects going forward in Nunavut. (FILE PHOTO)

A strategic environmental assessment of potential oil and gas exploration in the eastern Arctic will go ahead after all and the Nunavut Impact Review Board is taking the lead.

A day after Nunatsiaq News published a story suggesting the three-year-old Indigenous and Northern Affairs Canada assessment had appeared to stall, NIRB announced that INAC had officially handed over the process to them and that talks leading up to the hand-off had been taking place for some time.

“The benefit of having the impact review board do it is that we do have a lot of experience, obviously, with public engagement and public consultation, of being very transparent and producing those reports in a way that assures everyone that everything’s being objectively considered,” said Ryan Barry, the NIRB’s executive director, Feb. 13.

“This allows us to be proactive and get ourselves prepared to think about: if development was to occur, should it be allowed, what should it look like, what kind of issues would have to be addressed and what areas of knowledge may need to be further improved upon before anything is proposed?”

According to a Feb. 10 NIRB news release, the NIRB will be in charge of coordinating the a strategic environmental assessment, or SEA, including considering previously-collected information and Inuit Qaujimajatuqangit, facilitating public engagement and submitting a final report to Ottawa by March.

The federal INAC minister launched the SEA with a series of public meetings in 2013 after the Qikiqtani Inuit Association, responding to concerns from members, passed a resolution requesting it.

But repeated attempts by Nunatsiaq News over the past three months to follow up on what had taken place since then were met with silence from INAC, until last week, when the department officially turned the keys over to the NIRB.

It’s the first time the Nunavut review board has taken on a broad assessment of this kind. Usually, the board reviews specific projects submitted to them by mining companies, developers, researchers, cruise companies and government departments.

“We’re pretty excited about it,” Barry said Feb. 13. “It’s allowing us to be much more pro-active and look at the issue around a type of development and a type of industry before that industry is proposing any kind of new work.”

Barry said if it goes well, the NIRB might be well poised to do similar broad assessments in future on different topics, and in different areas of Nunavut.

Because it will require extensive public hearings, travel and research over a period of two years, the NIRB is asking INAC for a preliminary budget of $2.5 million for the SEA Barry said.

The NIRB plans to “identify the types of oil and gas development activities that could be proposed for Baffin Bay and Davis Strait, evaluate existing information and examine issues associated with possible development types,” the release says.

After that, the NIRB will submit a final report which is expected to inform the federal government’s recent decision to ban new oil and gas permits in the Arctic with a review after five years.

The NIRB plans to tackle the review in three phases including scoping issues, analyzing potential development scenarios and then drafting a final report with recommendations.

That means examining the following:

• the existing physical and human environment in the study area;

• historic oil and gas activities in the area;

• possible offshore oil and gas activities and development scenarios; and,

Those meetings will be scheduled within the next few months, the NIRB says, followed by further “public scoping sessions” in Fall 2017 so community members can provide more input and share feedback.

The NIRB will produce summary reports after each round of consultation, Barry said, and perhaps educational materials about the oil and gas industry and its potential impact on the Arctic people, land and economy to distribute in the communities.

“We do intend to make sure public engagement is a very front-and-centre component of the assessment,” Barry said, “and that the information exchange is very much two ways where we are able to hear from communities, what they’re questions are, their concerns, and what information they want, and we’re able to provide that in exchange.”

The NIRB also plans to consult with Inuit organizations, the Government of Nunavut, non-governmental organizations and industry representatives.

The NIRB will then facilitate a final public meeting in Iqaluit to round out the process and allow final comments from northerners before drafting its report and recommendations.

Barry said now’s a good time to look at this with a moratorium on new oil and gas permits for at least five years.

“I think people are hungry for information,” Barry said. And the NIRB plans to feed that hunger by looking at past experiences in the eastern Arctic as well as oil and gas exploration and development in Alaska and the Beaufort Sea.

“I think this will be a fantastic opportunity for all of us to begin to wrap our heads around oil and gas development and be ready for it before it’s ever actually proposed for the territory.”