“It’s hard being in a lost and suffering state” 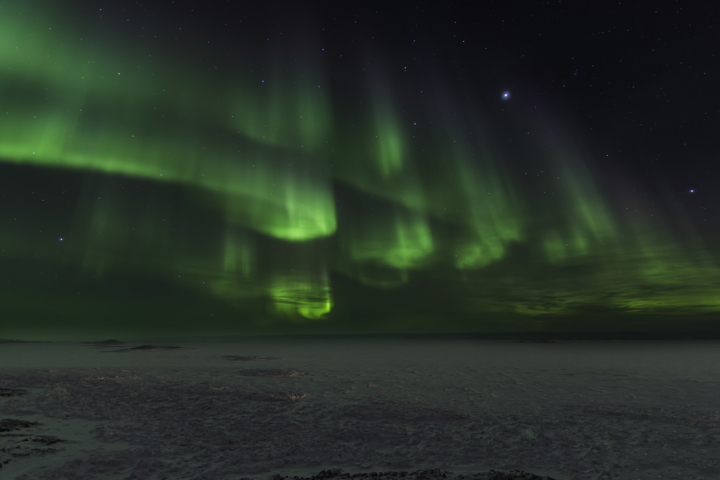 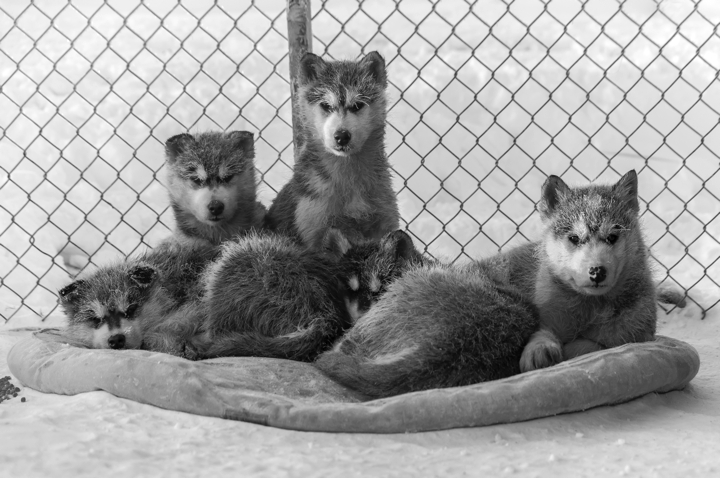 Sled dogs in Iqaluit — one of the images for sale on Mark Aspland’s fundraising stock photo website Nunavut Images. (PHOTO BY MARK ASPLAND)

He’s a videographer by trade and he comes from a small town in Ontario’s cottage country called Victoria Harbour. You’ve probably never heard of it.

But since he and his dog Isaac came to work for Atiigo Media in Iqaluit two years ago, Mark Aspland has made good friends and they’ve taught him a lot about Nunavut.

Some of the stories they’ve told, about friends and family members being depressed and killing themselves, were hard to hear. And so were the statistics which show that Nunavut has one of the highest suicide rates in the world.

A few months ago, he decided he wanted to do something to help fight this social scourge so he started taking photographs of the landscape around Iqaluit and Apex to build up a bank of stock photographs.

Then he created the Nunavut Images website using an online template and uploaded his photographs for sale, with all the proceeds going to the Nunavut Kamatsiaqtut Help Line — a phone-in distress service run from Iqaluit that Nunavummiut can reach toll free from any community, 24 hours a day.

“Mental health issues are really important to me because I care for the well-being of humans,” Aspland said Feb. 27. “It’s hard being in a lost and suffering state or seeing people you love suffer so much.”

While there are many good charities to support in Nunavut, Aspland said he chose Kamatsiaqtut because it’s at the front line of mental health counselling in Nunavut — because when people are in distress, sometimes the only person they can talk to is a sympathetic stranger.

Since moving to Iqaluit, Aspland said he’d been uploading photos regularly to his Facebook site and friends and family members were usually awed by the images which offered a rare glimpse into the northern environment for people who have never travelled here.

The photos range from shots of snowy-nosed sled dogs to sunsets over Frobisher Bay and undulating curtains of glowing aurora borealis overtop starry indigo skies. They are haunting and stark — crisp, shadowy and dreamlike.

The site was a good way to celebrate the beauty outside his door while also addressing the ugly part of Nunavut southerners don’t often see or hear about.

“In addition to being a unique and beautiful environment, it also endures some frightening statistics regarding mental health and suicide,” he said.

“It would be amazing to have these problems disappear but I realize they may not ever disappear but enough people caring can make a huge difference.”

Though Nunavut Images has only been live since Feb. 24, Aspland said he’s already sold some shots to Nunavut Tourism, CanNor and friends and family members. At only $10 a photo, they are a bargain.

Those who purchase images are sent an email with a download link. Once they download the high resolution image, they can then print it and share it at will.

While he hasn’t started a registered charity, Aspland said he plans to donate the money that he collects from the sale of his photos on a quarterly basis and then upload receipts to the site to show how much money has made its way to Kamatsiaqtut.

And he encourages anyone who has any questions or concerns to contact him via his email, which is on his website.

While the photos all depict winter scenes, Aspland plans to upload fresh images as the months go by to show his new home in all seasons.

He’s also hoping other photographers donate images to the site to help him raise more money for the help line.

The Kamatsiaqtut help line has been operating from Iqaluit since 1990. Kamatsiaqtut, which in English means “thoughtful people who care,” is staffed by volunteers and funded by the Government of Nunavut as well as donations from businesses, organizations and individuals.

In December 2014, in preparation for the organization’s 25th anniversary, it extended its call-in hours to 24 hours a day. It used to operate only from 7 p.m. to midnight.

Extended hours were made possible through a one-time infusion of $30,000 from the Government of Nunavut and a partnership with the Ottawa Distress Centre which now responds to calls before 7 p.m. and after midnight.