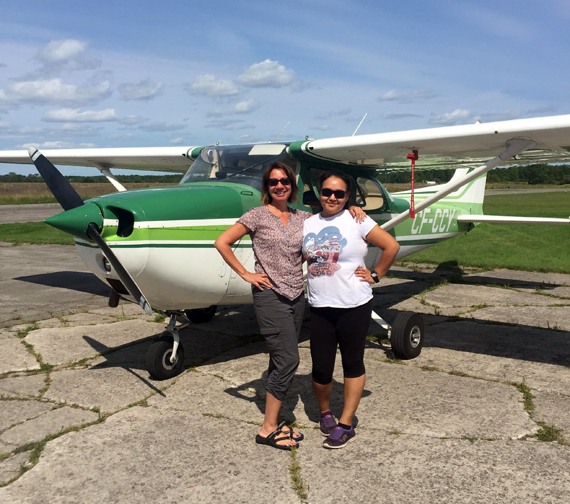 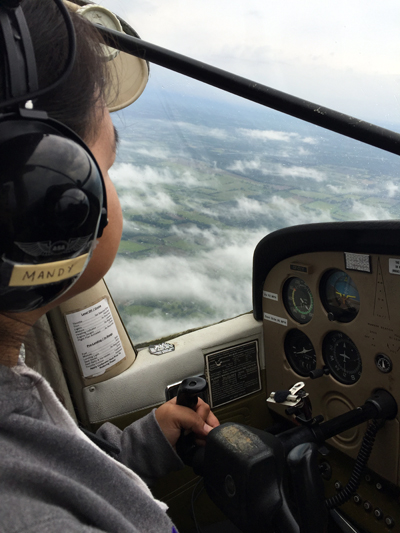 Room with a view: Gordon has now secured her private pilot’s license to fly a single-engine aircraft, while she works towards her commercial license this year. (PHOTO COURTESY OF J. TABOBANDUNG) 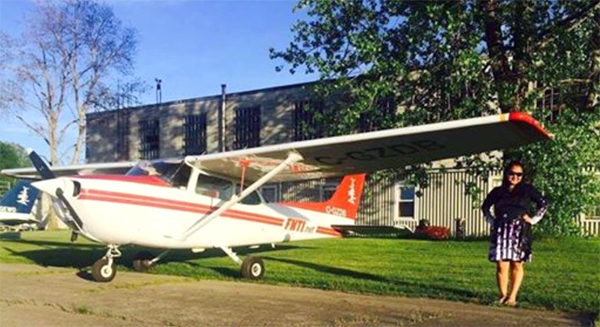 Jamila Gordon, 24, of Rankin Inlet, is pictured next to a Cessna 172, the aircraft she made her first solo flight in. Gordon is enrolled in the aviation technology program at First Nations Technical Institute in southern Ontario. (PHOTO COURTESY OF J. GORDON)

From the time she was a newborn, Jamila Gordon has spent hundreds of hours in the air.

It started during her first flight home from the hospital in Yellowknife, where she was flown to her hometown of Rankin Inlet, and every other time she left the Kivalliq community on holidays, medical travel or to visit friends in other communities.

And from the looks of it, the young pilot-in-training will be spending hundreds and hundreds more hours in the sky.

In her early 20s, Gordon finally asked herself: “We always fly in and out, so why not do it myself?”

Gordon answered the question herself. At 24, she’s just begun the second year of an advanced diploma in aviation technology at First Nations Technical Institute in Ontario.

The campus is located in Tyendinaga Mohawk Territory, in Deseronto, Ont. and just moments away from its airport, which first opened in 1917 as a training school for pilots during World War I.

“I was always interested in doing something no one else does,” Gordon said over the phone. “Everyone drives to an office job.”

The 24-year-old daughter of Norman and Lorraine Gordon graduated from Maani Ulujuk high school in Rankin Inlet in the early 2000s.

She spent two years working as a full-time housekeeper at the Canadian Forces station at Alert.

It was around that time someone told her about the college’s aviation program; she enrolled in September 2016.

Gordon has now secured her private pilot’s license to fly a single-engine aircraft, while she works towards her commercial license this year.

FNTI is the only Indigenous-focused aviation training program in Canada and welcomes First Nations, Métis and Inuit students from across the country.

The college’s long-time chief flight instructor, Joanne Tabobandung, has seen about 150 pilots graduate from the program since it launched in the early 1990s.

She credits its success to its small intake—between eight and 10 students a year.

“What makes our program unique is our students, who come from such diverse backgrounds,” Tabobandung said. “But it’s the small student-instructor ratio and non-competitive feel that draws them.”

Tabobandung also notes the “dramatic” increase in women applying to the program in recent years. What used to be a male-dominated industry has shifted; Gordon’s first year was the first time the program counted more women than men in a class.

Gordon is on track to become one of the few Inuk women pilots in the Arctic, and among the very first in Nunavut.

Another Inuk woman is just behind her; Iqaluit’s Doris Ipelee just started her first year at the aviation program this month.

Gordon said she thought initially that it might feel strange to enter the industry as a woman “but it feels pretty normal.”

The pilot-in-training said it’s hard to be so far from home, though she’s buoyed by a supportive college network and the feeling of being behind the controls in a plane.

“My soul feels happy when I’m in the sky,” she said.

Gordon has only flown in southern Ontario so far; she looks forward to getting up into the air over the Arctic, where she hopes to begin her career after graduation.

Tabobandung has no doubt that Gordon will succeed in getting what she wants.

“She’s really grown with the program,” Tabobandung said. “She’s fearless. She has her goals in mind and she goes after them.”