One person in Taloyoak charged with possession 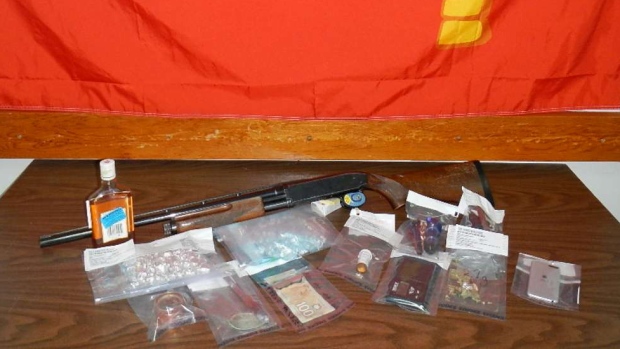 A display of what police in Taloyoak seized April 24. (PHOTO COURTESY OF THE RCMP)

Police in Nunavut made an arrest in Taloyoak last weekend as part of an ongoing marijuana trafficking investigation in the Kitikmeot community.

On April 24, members of the Taloyoak RCMP seized pre-packaged cannabis, which police say was prepared for street level sale, along with cash, a firearm and illegal liquor from a local residence, RCMP said in an April 28 release.

Police then arrested and charged one individual with possession of a controlled substance for the purpose of trafficking.

The person, who has not been named, is scheduled to appear in court in July.

“The community of Taloyoak has identified illegal drugs and liquor as a priority for the Taloyaok RCMP,” said the RCMP in the release.

“The RCMP continues to partner with the community to identify those responsible for bringing in illegal substances.”

Nunavummiut can report drug trafficking and bootlegging by calling their local RCMP detachment or by contacting Crimestoppers at 1-800-222-8477.