Nunavut ex-priest heads back to court, this time in Alberta 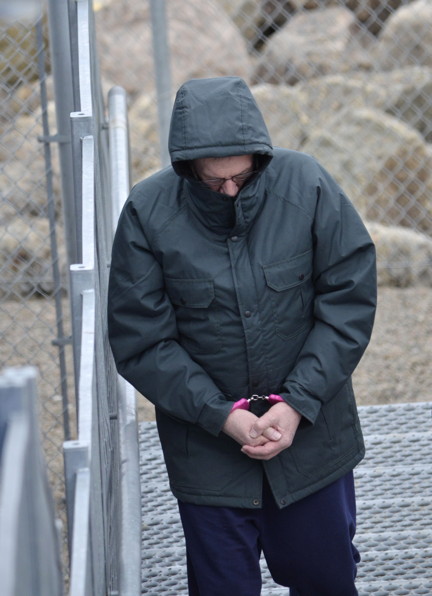 Eric Dejaeger, on May 26, being lead into the Nunavut Court of Justice in Iqaluit. (FILE PHOTO)

Eric Dejaeger, the disgraced and defrocked priest who is currently in custody awaiting verdicts in 68 sex-related charges stemming from incidents in Igloolik between 1978 and 1982, will face a new judge soon, in Edmonton.

The Canadian Press is reporting that Dejaeger waived his right to a preliminary hearing this week and will return to an Edmonton courthouse Sept. 12 to have a trial date set.

Dejaeger, 67, lived in Edmonton in the mid-1970s and studied at Newman Theological College before heading north to work as an Oblate missionary in what was then the Northwest Territories.

He was charged in 2011 with one count each of indecent assault and gross indecency in connection with a series of incidents involving a minor alleged to have occurred in Edmonton between 1975 and 1978.

The Belgian-born ex-priest, who now holds Canadian citizenship, has a long history with the Canadian justice system.

He was sentenced in 1990 to five years in prison after pleading guilty to sex offences arising from incidents against males and females in Baker Lake in the late 1980s.

His most recent trial in Iqaluit, which involved weeks of emotional testimony from 41 complainants — 21 male and 20 female — unfolded over seven months. He originally faced 80 charges; he pleaded guilty to eight and four charges were dismissed due to lack of evidence.

That lengthy trial wrapped up in May. Justice Robert Kilpatrick, who is hearing the case alone, without a jury, has reserved his decision on those charges.