Boy, 18, alleged to have robbed a restaurant take-out driver 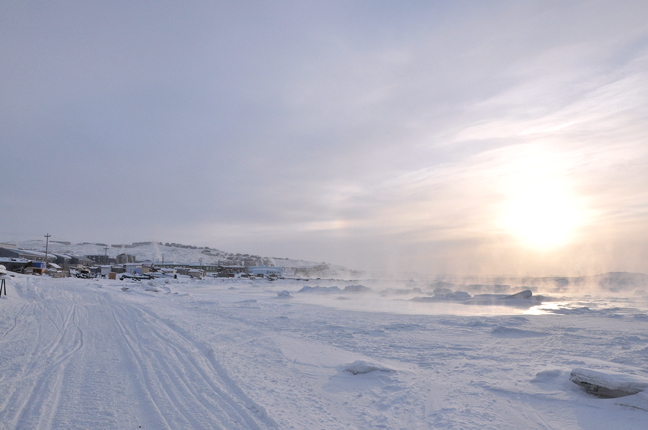 An RCMP news release says police in Iqaluit chased a suspect in a robbery down to the sea ice in front of the community early on Dec. 29. (FILE PHOTO)

Police in Iqaluit have arrested a teenage boy who is alleged to have robbed a restaurant delivery driver at gunpoint early Dec. 29.

Early on the morning of Dec. 29, members of the Iqaluit RCMP detachment responded to a call reporting a man wielding a handgun, an RCMP release said Dec. 29.

The detachment then received a second call saying the same man had robbed a restaurant delivery driver at gunpoint.

“The RCMP were quick to arrive on scene,” the release said.

Police officers saw a man running away from the area who matched the description of the person they were looking for.

After a brief foot chase, they apprehended the man on the sea ice in front of Iqaluit.

A 18-year-old boy, who police did not identify, remains in custody and an investigation into the incident continues, the RCMP release said.

“No one was injured,” said RCMP spokesperson Cst. Lurene Dillon.