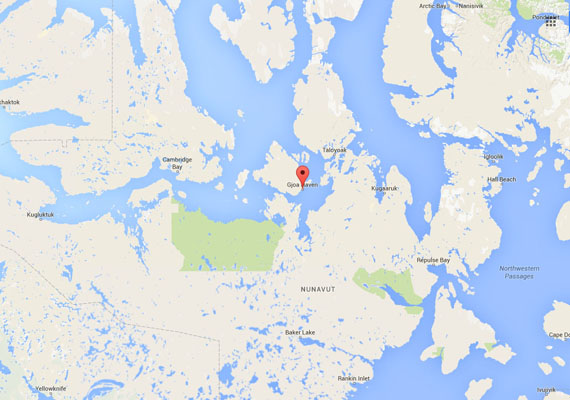 This map shows the location of Gjoa Haven where a man, 30, died June 25 after being stabbed, the Nunavut RCMP said June. 27. (FILE IMAGE)

An investigation is underway into the June 25 death of a 30-year-old man in Gjoa Haven, the Nunavut RCMP said late June 27.

On June 25, a little before 8 p.m., members of the Gjoa Haven RCMP received information that a man had been stabbed, an RCMP news release said.

The man was taken for treatment to the health centre in this western Nunavut community of about 1,400, but died from his injuries.

After further investigation, the RCMP arrested an individual who has now been charged with one count of second degree murder, the release said.

The charge of second degree murder is laid when someone does not plan and is not deliberate about the act of murder, but still intends to kill someone.

If found guilty of second degree murder, a person can face a sentence that ranges from life in jail with no parole for 10 years, to 25 years in jail until eligible for parole.

That individual arrested in connection with the June 25 death in Gjoa Haven, who was not identified, is in custody, with a court appearance set for July 18 at the Nunavut Court of Justice in Iqaluit.

The investigation is continuing with assistance from “V” Division Major Crime, “V” Division Forensic Identification Unit and the Office of the Chief Coroner which has scheduled an autopsy, the release said.

Sources in the community say the death resulted from a domestic dispute.