“The drugs were destined for resale in Igloolik” 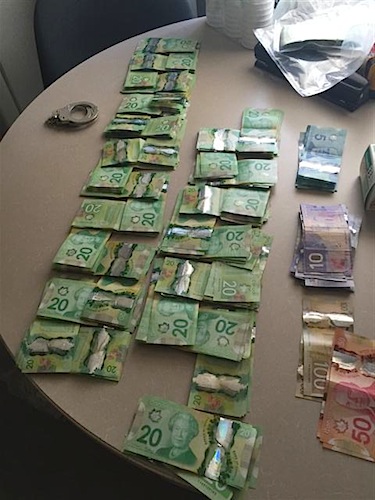 Drugs destined for sale in the Nunavut community of Igloolik were seized along with cash by police during a recent raid on a local home. (FILE PHOTO)

Police in Igloolik found and seized weed, drug paraphernalia and cash at a home in the community May 20 and made three arrests.

After members of the local RCMP detachment executed a search warrant and raided a local residence, they also arrested a woman from Igloolik and two men, not from Nunavut, as part of the investigation.

The investigators seized over 400 grams of marijuana along with drug paraphernalia. About $35,000 in cash was also seized in the home, the RCMP said in a May 22 news release.

The woman was released from custody, with a undisclosed date for a later court appearance, when the two men have since been remanded into custody in Iqaluit, the news release said.

The release did not outline the charges facing the three who were arrested.

The investigation is still ongoing, police said, “but it did reveal the drugs were destined for resale in Igloolik.”

And there are three ways to contact CRIME STOPPERS:

• you can submit a tip online here ; or,