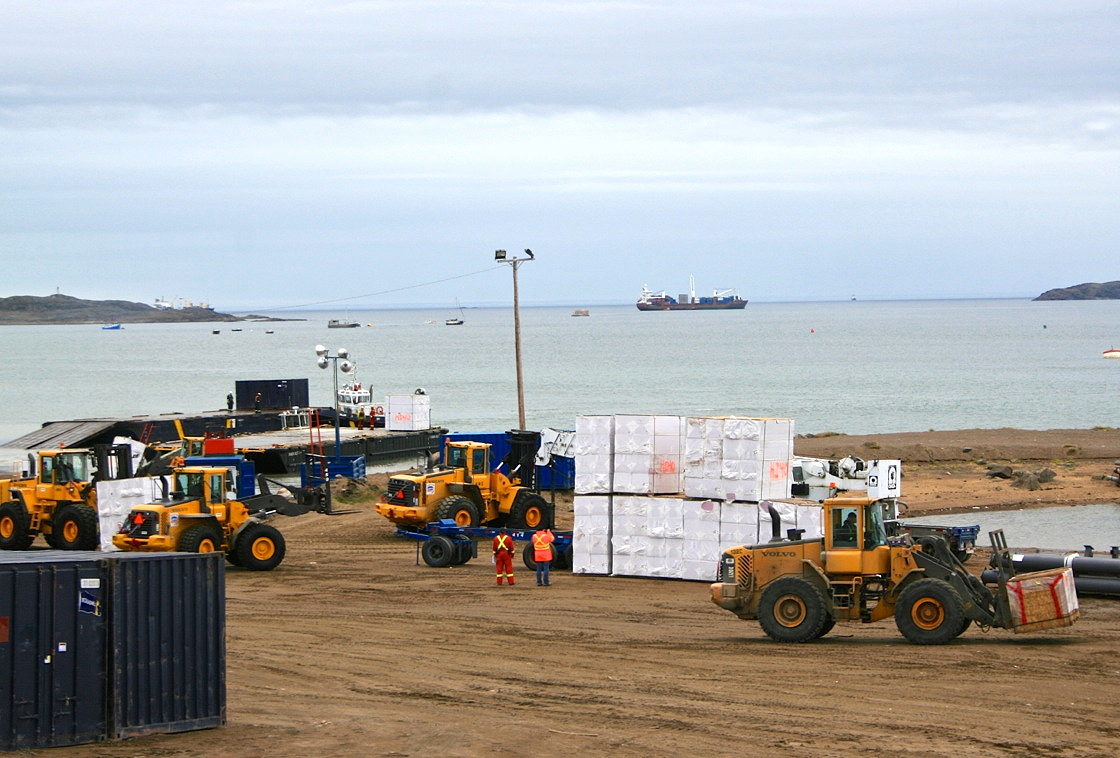 The Nunavut Impact Review Board said Oct. 2 that none of the marine infrastructure projects proposed for Iqaluit and Pond Inlet raise significant public or environmental concerns and recommends the federal government approve all three. (FILE PHOTO)

The Nunavut Impact Review Board says three Baffin-based marine infrastructure projects should get the go-ahead to proceed, subject to terms and conditions set out in its screening decisions.

The NIRB said Oct. 2 that none of the projects raise significant public or environmental concerns and recommends the federal government approve all three without public hearings.

Iqaluit’s long-time plans for a deep sea port finally secured the funds it needed to move forward in 2016.

That federal funding would amount to $63.7 million of a project estimated to cost roughly $84 million overall, with the GN picking up the remaining $21 million.

With the investment, the GN plans to construct, operate and maintain the port to provide 24-hour access for sealift carriers, as well as to improve the capacity of existing dry cargo and fuel delivery to Nunavut’s largest community.

The port will take up about 40,000 square metres of space, constructed at South Polaris reef, an area at the southwestern tip of Koojesse Inlet near the end of the fuel line where seafaring tankers supply the city.

Iqaluit’s small craft harbour will be focused on the eastern bank of Koojesse Inlet, where the GN plans to extend the existing municipal breakwater by roughly 100 metres.

In Pond Inlet, the territorial government has proposed to build two rock breakwaters to create a 2.5 hectare harbour, while installing two floating docks which could moor up to 80 vessels during the ice-free season.

The public and different organizations and government departments have weighed in on the proposals.

In the NIRB’s screening decision, the board noted issues raised by Indigenous and Northern Affairs Canada about the water usage required for the Iqaluit infrastructure and the capacity of the city to supply that water.

INAC also flagged traffic and access to Iqaluit’s breakwater as a concern for hunters during the project’s construction period.

But the GN responded to those concerns, saying the area of the proposed project “is not regularly used by boaters or members of the public.”

The GN said its own consultation with Iqalungmiut indicated that harvesting activities “could be moved with no anticipated impact on the harvest.”

The deep sea port is not expected to affect ice conditions in Koojesse Inlet, the GN has said.

Construction on all three projects is set to begin the summer of 2018, with plans to have all three in operation by 2021.