Nunavut should put vacant staff housing to better use: Quassa

“There are possible solutions but it has to be started, we can’t just talk about it anymore” 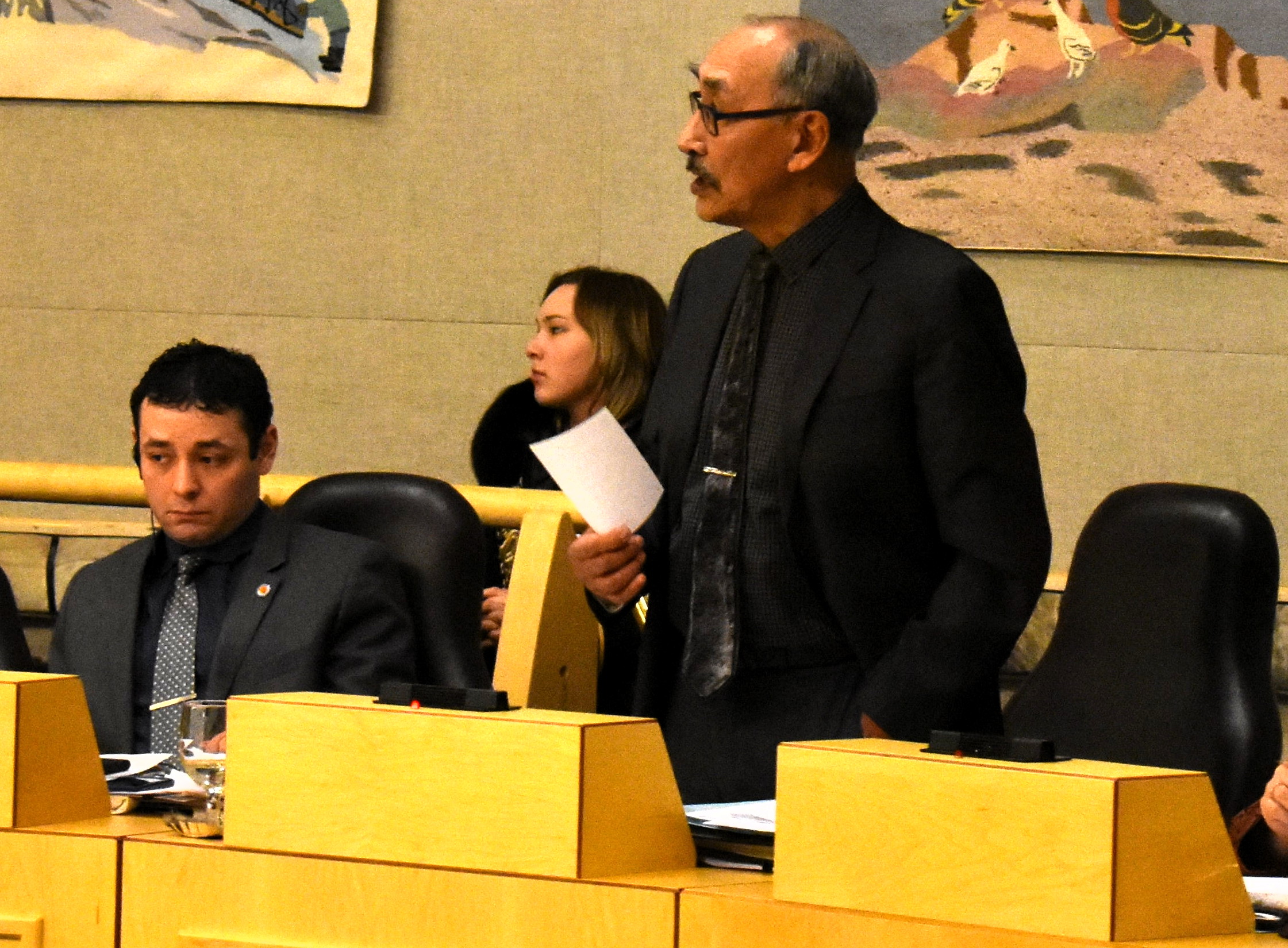 Paul Quassa, Nunavut’s former premier and the MLA for Aggu, asked Lorne Kusugak, the minister responsible for the Nunavut Housing Corporation, on Oct. 30 to turn vacant staff housing into public housing. Kusugak said such a decision wouldn’t be made solely by the housing corporation. (PHOTO BY COURTNEY EDGAR)

At the legislative assembly on Tuesday, Oct. 30, Quassa, the MLA for Aggu, asked Lorne Kusugak, the minister responsible for the Nunavut Housing Corp., how policies can be changed to improve the housing shortage in the territory.

“We have really heard, loudly, and also expressed it here, that government staff houses in our communities are generally vacant and they are vacant for a very long time,” Quassa said in Inuktut.

The concerns of Nunavummiut about the lack of housing would be dealt with if housing policies were changed, Quassa said.

Kusugak replied that it is not solely up to the Nunavut Housing Corp. to decide who in a community gets housing.

“We are generally directed by human resources and other government departments when they tell us that they need housing for their staff,” Kusugak said.

“We don’t make the decisions as to how many buildings will go to Igloolik, for example. That is not our decision. We only build them when we are directed to.”

He reminded Quassa that a day earlier he had told the members of the legislative assembly during similar questions that the NHC is reviewing staff housing units that have not been occupied for many years.

“If it looks like no one is ever going to move into them, we can look into amending our policies if necessary. We are lawmakers and we can amend and change laws using our power as MLAs,” Kusugak said.

“There are possible solutions but it has to be started, we can’t just talk about it anymore,” Quassa told him.

Quassa then asked Kusugak if all the empty housing in all the communities—whether government staff housing or public housing—could be taken over by the local housing authorities.

However, Kusugak later said that staff housing in Pangnirtung had been released to the local housing organization.

Quassa then reminded Kusugak of his powers as the housing minister.

“Thank you for helping us understand that a little bit better. However you are the minister—I am sure you can make a decision like that for changes that are needed,” Quassa said.

“You could talk to the NHC (about how) we are well aware that the government positions sometimes take many, many years to fill… While it is waiting for a worker, we experience the lack of housing as Inuit. That is why I am bringing up this question—how can this policy be changed? We have to change the policies. The only way we can help the lack of housing is if we change these policies.”