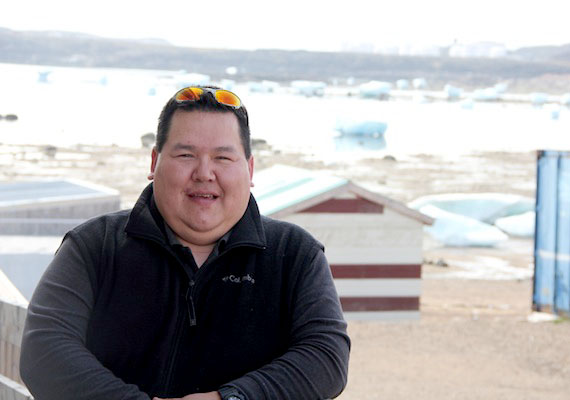 Jimmy Akavak of Iqaluit, who last year retired from a 28-year career with the RCMP, will be admitted to the Order of Nunavut at a ceremony to be held Sept. 12 inside the Nunavut legislative chamber in Iqaluit. (FILE PHOTO)

The speaker of the Nunavut Legislative Assembly, Hunter Tootoo, on June 18 announced the names of the three Nunavut residents who will gain Order of Nunavut appointments later this year: Jimmy Akavak of Iqaluit, Louis Angalik Sr. of Arviat and Davidee Arnakak of Pangnirtung.

The Order of Nunavut, which came into effect Jan. 1. 2010, recognizes people who make outstanding contributions to the cultural, social or economic well-being of Nunavut.

It’s the highest honour within Nunavut and it takes precedence over all other orders, medals, and decorations awarded by the Government of Nunavut.

Jimmy Akavak served with the RCMP for 28 years in several Nunavut communities.

A news release issued by the legislature said Akavak is being honoured for his “pioneering work in the fields of community policing, victim support and crisis management.”

Akavak, who retired from the RCMP in August 2012 to work for Nunavut Eastern Arctic Shipping Inc., often worked as a negotiator during standoffs and hostage takings, and in his communications work frequently served as the public voice of the RCMP in Nunavut.

Louis Angalik Sr. retires this year from his job as cultural and heritage advisor with the Department of Education.

The Nunavut speaker’s office said “Angalik has been involved in a number of initiatives to provide on-the-land rehabilitative programming for youth and adult offenders.”

Davidee Arnakak served as the founding chair of the Nunavut Disabilities Makinnasuaqtiit Society, as an activist for disabled people, and as a mayor of Pangnirtung.

The three people will receive their awards Sept. 12 from Commissioner Edna Elias at a ceremony to be held inside the Nunavut legislative chamber in Iqaluit.