Krista Zawadski of Rankin Inlet is studying at UBC 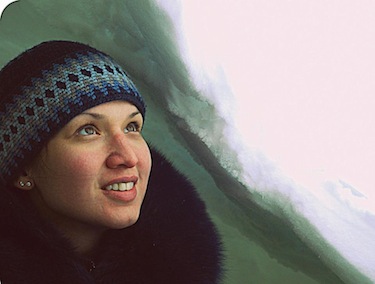 Krista Zawadski of Rankin Inlet, shown here in a photo from her Facebook page, has received a 2013 RBC scholarship which will pay up to up to $4,000 annually, for a maximum of four years.

Ten Aboriginal students, including Krista Zawadski of Rankin Inlet, will receive scholarships to offset the costs of post-secondary tuition, textbooks, supplies and living expenses during the academic year, thanks to the 2013 Royal Bank of Canada Aboriginal Student Awards Program recipients.

Zawadski is studying anthropology, archaeology and museum studies at the  University of British Columbia.

The RBC program will award Zawadski with up to $4,000 annually, for a maximum of four years.

“Aboriginal youth continue to represent one of the fastest-growing segments of the Canadian population, yet statistically they have a lower level of education than other Canadians,” said Chinyere Eni, RBC’s national director for Aboriginal Markets.

“Scholarships like this can support a student’s post-secondary success by alleviating some of the financial pressures that can get in the way of educational goals.”

Since the RBC Aboriginal Student Awards Program was launched in 1992, the bank has handed out more than $1.3 million dollars has been awarded to 128 First Nations, Inuit and Métis youth across Canada pursuing post-secondary education.

RBC also considers scholarship recipients who are interested in careers in financial services for summer and post-graduate employment.

Applications for the 2014 RBC Aboriginal Student Awards Program will be accepted from Dec. 1, 2013 to Feb. 28, 2014. Eligibility criteria and more information can be found here.