“An urgent crisis that cannot continue” 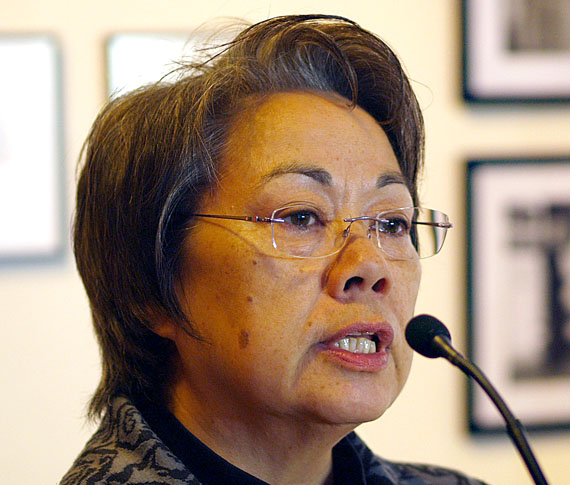 Joined by her health minister, Tagak Curley, plus representatives from the RCMP and the Embrace Life Council, Premier Eva Aariak noted another grim year of suicide figures in Nunavut, with 23 deaths in the first eight months of 2011, including eight in Iqaluit alone.

“My government recognizes that suicide in this territory is not only a serious issue, but an urgent crisis that cannot continue,” she said.

The plan promises over the next three years more mental health and addictions services, culturally appropriate grief counselling and suicide intervention training, an expansion of the Kamatsiaqtut Nunavut help line and a focus on teaching kids coping mechanisms.

It also includes more support for communities facing clusters of suicides and an ambitious program of suicide research, including statistics on suicide attempts, information that Nunavut has never collected before.

The plan also lays out a schedule of training workshops for the Nunavut-taillored suicide intervention program called Uqaqatigiiluk (Talk About It), which is based on the widely-used Applied Suicide Intervention Skills Training (ASIST) program.

Both Aariak and Curley said they’d enroll in such training and promised support to government workers who do the same.

Jack Anawak, the vice president of Nunavut Tunngavik Inc., said the plan reflects a combination of Inuit input and knowledge and best suicide prevention practices from around the world.

He said he welcomes plans for new research staff, and facilities, but what’s most important is creating communities that are healthy and happy.

“We need our children to grow up in a safer environment and safer communities,” he said.

The plan came into effect 10 months behind schedule. It was originally supposed to have been tabled in January and in June, stories of turf wars — particularly between NTI and the GN — and bureaucratic inertia emerged.

But Curley on Monday brushed aside suggestions the plan is late.

“When you have a number of agencies involved… it always takes time to do the scheduling,” he said.

Curley said the action plan “is only the beginning of many steps” the Nunavut government, NTI, the RCMP and the Embrace Life Council will take in their attempt to tackle Nunavut’s suicide problem.

Representatives from all four of those organizations signed the action plan during a ceremony at the Legislative Assembly Sept. 12.

Curley said he’d like to expand the coalition of groups working on suicide issues to include business, church and community groups.

“It will take the collective will of individuals, families, communities, non-government agencies, Inuit organizations and government to begin to address the suicide rate in our territory,” he said.

The Qikiqtani Inuit Association, a founding member of the Embrace Life Council, said in a Sept. 12 news release that it also supports the action plan and will continue to provide cultural programs to support healthy lifestyles and prevent suicide.

“Everyone in Nunavut is affected by suicide so it is important that we come together and address it together,” said QIA president Okalik Eegeesiak, calling for the federal government “to support the efforts of Nunavummiut to combat the suicide crisis.”