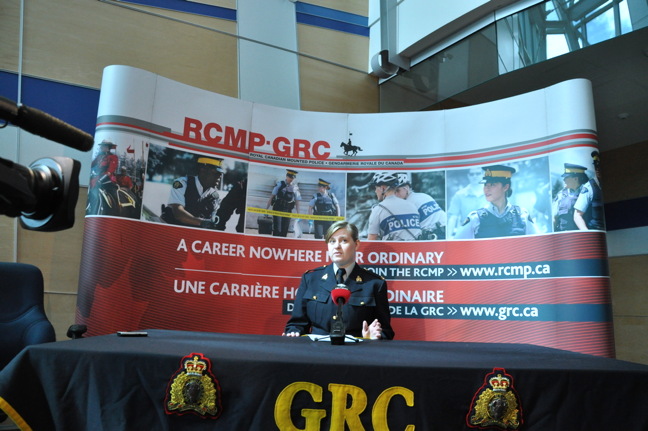 Nunavut police have charged a Coral Harbour mother with one count of second-degree murder and two counts of attempted murder in connection with a recent incident that claimed the life of a six-year old girl.

Shepa Jar, 28, was arrested immediately after being released from a Winnipeg hospital May 29, Const. Lurene Dillon said at a news conference in Iqaluit June 1.

Jar and her two young sons, all of whom suffered “multiple stab wounds,” from a May 12 incident, have now been released from hospital, Dillon said.

“The kids are now in the care of their family,” said Dillon, who was unable to say if the children had returned to Coral Harbour.

“This incident is very tragic… Our condolences go to the family and those involved,” Dillon said at the Iqaluit RCMP detachment June 1.

Shortly after noon on May 12 Nunavut RCMP said they responded to a call at Jar’s residence.

There, police said they found Jar and her three children suffering from multiple stab wounds.

Jar’s six-year-old daughter was pronounced dead at the local health centre May 12, Dillon said, while Jar and her two sons — one four years old and the other five months old — were transported to Winnipeg for medical treatment.

Sources told Nunatsiaq News May 12 that Jar’s husband returned home in the late morning that day to find his wife and children in the gruesome scene.

Other sources have suggested Jar suffered from postpartum depression, a form of clinical depression that can affect women after childbirth.

Dillon said June 1 that she was unaware if Jar had been assessed for mental illness after the May 12 incident.

“In any investigation, everybody is treated the same: with respect and care. Our first concern is any medical care anyone might require,” Dillon said.

In Canada, a mother commits infanticide, a lesser offence than homicide, if she kills her child while not fully recovered from the effects of childbirth and is deemed to have a disturbed mind.

At that meeting, police informed Jar’s family and community members that criminal charges would be laid against Jar.

Dillon said Jar would appear in an Iqaluit courtroom either June 2 or June 3.

Until then, Jar will remain in custody but Dillon declined to say where Jar is being held.