“The families were very clear” 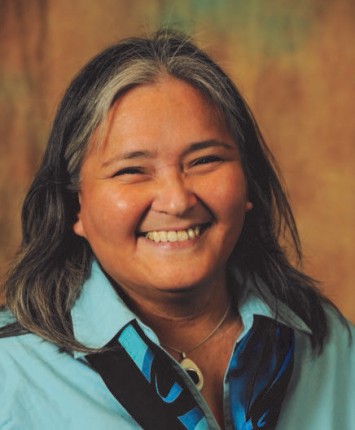 Elisapee Sheutiapik, president of Qulliit Nunavut Status of Women, say the voice of Inuit women at the upcoming inquiry into missing and murdered Indigenous women should be represented by an Inuk person. (FILE PHOTO)

Qulliit Nunavut Status of Women is added its voice to a call for Ottawa to appoint an Inuk commissioner for the upcoming national inquiry into missing and murdered Indigenous women and girls.

After months of consultation, the federal government formally announced the inquiry Aug. 3, along with a five-member commission made up of mostly Indigenous lawyers, including Nunavut-raised lawyer Qajaq Robinson.

While Robinson speaks fluent Inuktitut, she is not Inuk, which remains a sticking point for many stakeholders in the long-awaited inquiry.

Qulliit is asking the federal government to reconsider that appointment, the organization said in an Aug. 26 release, noting “the voice of Inuit women for the [inquiry] must be an Inuit voice.”

Qulliit did not provide a list of potential Inuit commissioners, said the organization’s president Elisapee Sheutiapik, nor was Qulliit approached for one.

“How did they come up with those names?” Sheutiapik said in a phone interview.

“Was [Robinson] appointed to represent Inuit? We don’t know. I have nothing against Qajaq, who is an amazing, educated woman. But the families were very clear.”

During pre-inquiry consultations, Inuit groups reported that participants felt that only an Inuk commissioner can fully understand the cultural implications when women speak of trauma, and the actions needed to ensure women and girls in Nunavut feel safe and secure.

“We already know that when we talk about Inuit women [in this context], they’ve been murdered — they’re not missing,” Sheutiapik said. “We face a very different situation.”

That’s why Inuit organizations have pushed for a “distinctions based approach” to the inquiry, meaning that parts of the inquiry would be Inuit-specific, rather than in using a pan-Aboriginal approach.

Sheutiapik made the push in person when she attended a pre-inquiry consultation in Winnipeg last winter, as a family member — Sheutiapik’s late sister Mary Ann Birmingham was stabbed to death in 1986, at the age of 15, by an unknown assailant in Iqaluit.

As president of Qulliit, as a mother, and as a former Iqaluit mayor, Sheutiapik acknowledges that she wears many hats when it comes to her participation in the inquiry.

But as things stand, she says she’s not confident the process will bring any progress or peace to families of murdered women and Inuit women themselves.

Qulliit has yet to communicate its concerns directly to Indigenous and Northern Affairs Canada. Some of its members will meet with the federal Status of Women agency in Iqaluit this fall, where Sheutiapik plans to raise her concerns.

Nunavummiut appear divided on the issue of commissioner; some say Robinson will serve as a strong representative for Inuit, while Pauktuutit Inuit Women of Canada and the Government of Nunavut have both said the role should be filled by an Inuk.

Inuit Tapiriit Kanatami has not publically weighed in on the issue, but its submission to the inquiry reflects the importance of having an Inuk commissioner, as emphasized by Inuit participants in the pre-inquiry consultations who asked for “someone with the knowledge and qualities of a true Elder: respectable, kind, compassionate, trustworthy and welcoming.”

Indigenous and Northern Affairs, which is overseeing the inquiry, said Robinson and other commissioners won’t be available for media interviews until the fall.