Boy, 15, allegedly threatened another student with a knife 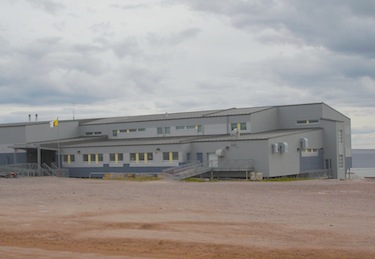 Staff at Jonah Amitnaaq high school reported a youth armed with a knife outside the school building Oct. 30. (FILE PHOTO)

A teenage boy in Baker Lake has been charged with assault with a weapon after he allegedly brought a knife to school to threaten another student.

Just after 1 p.m. Oct. 30, staff at the community’s Jonah Amitnaaq Secondary School reported a youth armed with a knife outside the school building.

That prompted a lock-down of the high school and the community’s neighbouring elementary school so police could search for the suspect, the RCMP said in an Oct. 31 release.

Officers arrested a 15-year-old youth at about 4 p.m. that same day.

Police say the youth had targeted another student, although no one was injured.

The youth was charged with assault Oct. 30 and released on conditions, the RCMP said.