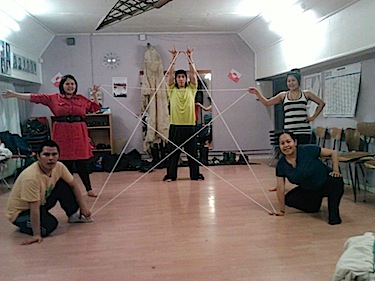 Artcirq performers practice for the performance Nov. 9 and Nov. 10 at the Katuaq cultural centre in Nuuk. (SUBMITTED PHOTO) 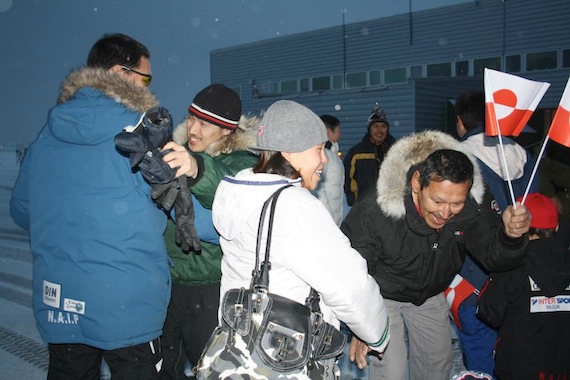 Nunavut’s Artcirq circus company is now in Nuuk where its performers are working with local schools and rehearsing for weekend performances at the Katuaq cultural centre.

The members of Artcirq, invited to travel from its home base in Igloolik to Greenland by the Greenlandic performers association, NAIP (Nuummi Aliikkusersuisartut Isiginnaartitsisartullu Peqatigiiffiat), arrived Nov. 3 at the Nuuk airport to a crowd waving Greenlandic flags and a banner that read “Welcome to Nuuk Artcirq” in Greenlandic and Inuktitut.

During its 10-day stay in Greenland’s capital city, Artcirq is offering workshops to school students and youth groups.

Artcirq will also perform in NAIP’s annual show at the Katuaq on Nov. 9 and Nov. 10.

“It was a jam-packed and emotional week with workshops and performances which coincided with the Return of the Sun celebrations. For the second collaboration over the last two years, strong bonds are now linking Nuuk and Igloolik,” Artcirq’s website says. 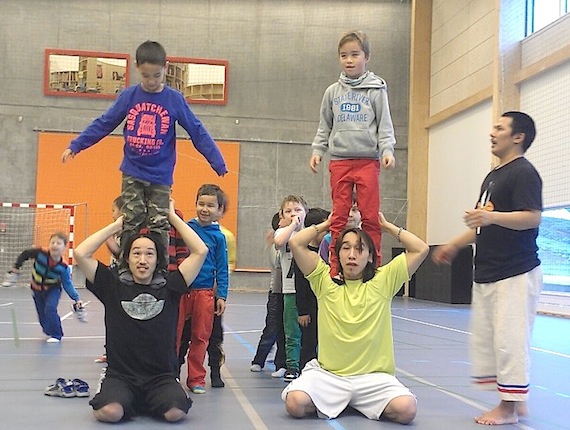 Artcirq works with students in Nuuk during a Nov. 5 workshop on circus arts. (SUBMITTED PHOTO)