Iqaluit councillors wrangle over fees for new facility, set to open in January 2017 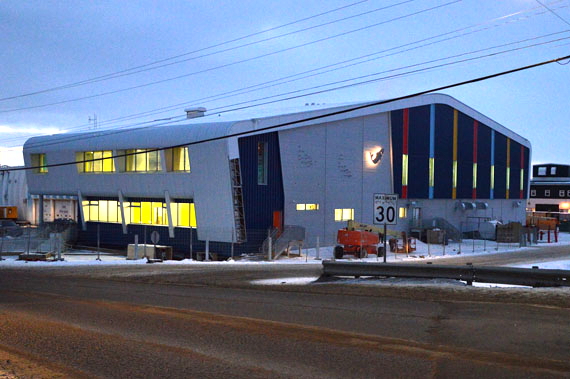 Iqaluit’s new aquatic centre, set to open next month, might be priced out of reach for some users so city recreation staff are looking at ways to subsidize passes for low income families. (FILE PHOTO) 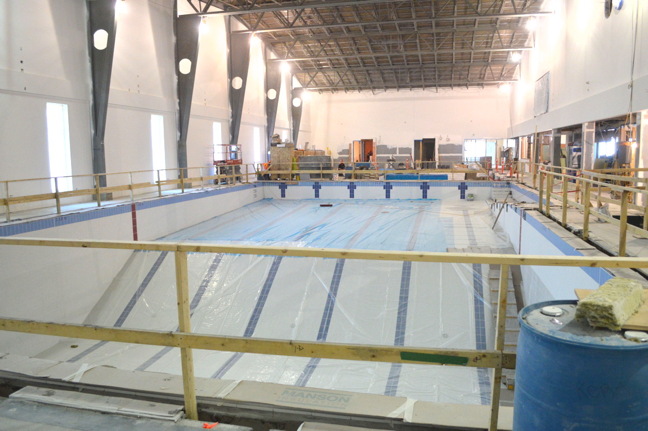 A peek inside Iqaluit’s new aquatic centre at the lap pool. There will also be a wading pool and fitness centre in the facility. (PHOTO BY STEVE DUCHARME)

Iqaluit councillors questioned whether fees developed for the city’s new aquatic centre would leave access to the facility out of reach for many families in the city, but they ultimately approved the second reading of proposed rates at an Iqaluit City Council meeting Dec. 13.

The narrow vote—two in support of the fees, one against, two abstentions—passed in part after the city’s recreation department said it would explore possibilities to subsidize pool access for lower income families and beneficiaries.

Otherwise, some felt $1,680 for an annual family pool pass—five members or less—or $2,100 for both pool and gym access, was simply too costly for local residents.

“I don’t think a family of five will be able to afford forking over $1,680 for an annual pass, let alone the monthly fees for adult,” said Coun. Joanasie Akumalik, who ultimately abstained from voting on the fee.

“I don’t know what the intent of these particularly high numbers are for.”

“There’s been a lot of research done on this,” she said.

Elgersma explained that the higher price of the fitness pass is because there’s no way to prevent people using the gym from entering the pool because both parts of the $40.5 million facility share the same set of change rooms.

“You’re charging people to use the pool, whether they want to or not,” commented Coun. Terry Dobbin, who voted against the fees.

“We can’t really stop that access because everybody will use the same dressing room,” Elgersma responded, but added that, due to long daily operating hours, a fitness day pass—$12 for one adult—could potentially allow someone to hit the gym in the early morning and go for a swim in the late evening and only pay once.

But Dobbin was unconvinced. “This needs to go back to the drawing board,” Dobbin said, pointing out that the proposed fees only include daily, monthly and annual passes with no three- or six-month payment options.

Acting mayor Romeyn Stevenson, filling in for Mayor Madeleine Redfern who joined council by phone, said it would be a detriment to the facility if large numbers of Iqalungmiut can’t afford to use it.

Elgersma told council the city is researching a fee assistance program, which would subsidize passes for “beneficiaries under a certain income level.”

“To start off, families on income support would be able to make an application to the city and then would receive a benefit of a pass to the aquatic centre for their families,” she said.

Elgersma indicated the city would seek third party funding for the program from government sources, Inuit organizations, the private sector and individuals.

“We would be able to offer tax receipts for these contributions as well,” she said.

Iqaluit’s chief administrative officer, Muhamud Hassan, said the city is has considered putting a $100,000 down payment into the fund, using money collected as part of the original public canvas to fund the aquatic centre.

Hassan added that the fund may be named after late-councillor and former Iqaluit mayor Jimmy Kilabuk who strongly supported the aquatic centre project before his death in 2014.

“We would like to be able to honour him in setting up this fund in his name,” Elgersma said.

Council will have another opportunity to discuss the rates during the third reading of the proposed rates, which will happen at a future council meeting.

The aquatic centre is scheduled to open sometime in January 2017.