Nunavut’s first mosque to start construction this summer in Iqaluit 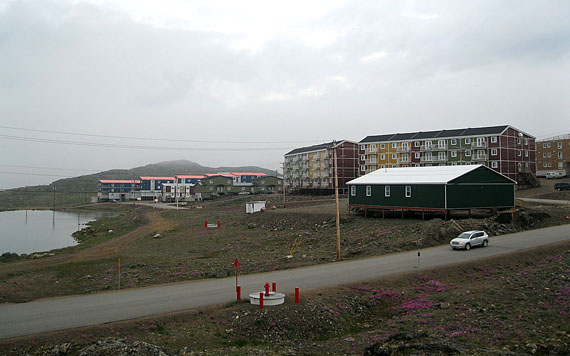 Nunavut’s first mosque will go up in this area of Iqaluit, between the Road to Nowhere and Lake Subdivision neighbourhoods. Builders hope to inaugurate the building by December 20. (PHOTO BY PETER VARGA) 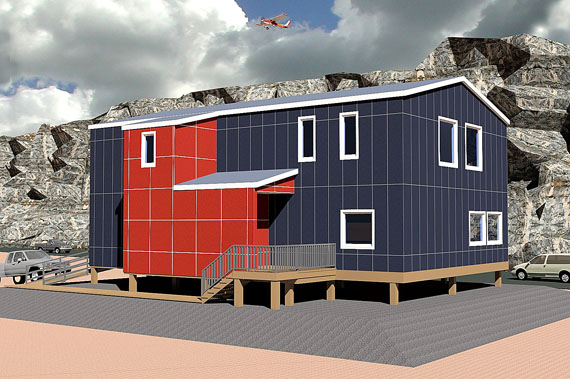 Iqaluit — and Nunavut’s — first mosque will be a simple two-storey structure, pictured in this architect’s image, with a community hall on the first floor and a prayer hall on the second. The $800,000 project is the work of the Zubaidah Tallab Foundation and the Islamic Society of Nunavut. (IMAGE COURTESY OF ZUBAIDAH TALLAB FOUNDATION)

Iqaluit will soon host Nunavut’s first mosque, with a little help from an Islamic charity that brought the country’s most northerly mosque to the Northwest Territories four years ago.

“For a Muslim community, especially in small remote cities and towns in Canada, a mosque is the epicentre of daily life,” said Hussain Guisti, general manager and treasurer of the Winnipeg-based Zubaidah Tallab Foundation, which has made the project possible.

Construction of the two-storey, 3,700-square-foot facility will get underway at the end of this summer, once the building permit clears, Guisti said.

“It’s a big building. The first level is going to be a big, empty hall for community gatherings,” he said.

The second floor will hold the prayer hall, large enough for 104 people.

Although Guisti estimates that Iqaluit is home to between 65 and 80 Muslims. He anticipates that the facility will encourage more followers of Islam to move to the community — especially professionals who would not otherwise consider coming.

“If there is one thing that will be a great recruiter of professionals to Iqaluit, it will be this mosque,” he said from Winnipeg. “You can’t have a functioning Muslim community of 25 or more families without a mosque.”

Such a building is more than a place of worship, he said. Among followers of Islam, it is “what holds our five daily prayers, our weddings, our social activities, our kids’ classes, our potluck dinners,” Guisti said.

“For a Muslim community here in the West, and these northern, far-flung communities, a mosque is everything.”

The idea of putting up a mosque in the Nunavut capital was the brainchild of Asif Ali, who heads up the Islamic Society of Nunavut.

Ali called up Guisti after having seen his charity’s work in Inuvik, Northwest Territories, in 2010 — when the foundation moved a pre-fabricated mosque from Manitoba across the country by truck and barge to Inuvik, north of the Arctic Circle.

Unlike Inuvik’s mosque, Iqaluit’s must be built from the ground up. Estimated at $750,000 to $800,000, the construction project is a joint effort of the foundation and the Islamic society. Both are raising funds to pay for the project.

The Iqaluit-based society’s job was to purchase the land, located just off the Road to Nowhere, build the piles and hook up water and sewer lines, Guisti said, which amounts to about $200,000. The Zubaidah Tallab Foundation will cover the rest.

Plans for the facility were already well underway in 2012, when the foundation sent up half of the needed construction materials.

Once the final bits come through this week, builders will set their sights on late August, when work on the foundation will begin, Guisti said. If all goes well, he anticipates the mosque could open as early as December.

Unlike the foundation’s work in taking the Midnight Sun Mosque to Inuvik, Guisti anticipates the Iqaluit project will be “a lot more difficult.”

“Because for this one, we’re going to construct everything there in Iqaluit — in a town where there really is no major hardware store,” he said.

Without a store nearby, equipment breakdowns, last-minute changes and additions will be more challenging.

“Unless you’re in the construction business all the time, you never literally have everything that you need,” he said. “This is the first time that we’re doing it this way, and I’m sure we’re going to run into difficulties along the way.”

Given the success of other mosque-building projects his foundation has done in northern Canada, including one in Thompson, Man., Guisti isn’t discouraged by the challenges of Iqaluit.

The foundation also has some $250,000 left to fundraise for the project, which isn’t a big issue either, because “the more progress to undertake on construction, the more likely people will donate,” he said.