“The wild west! We’ll see how it goes out there” 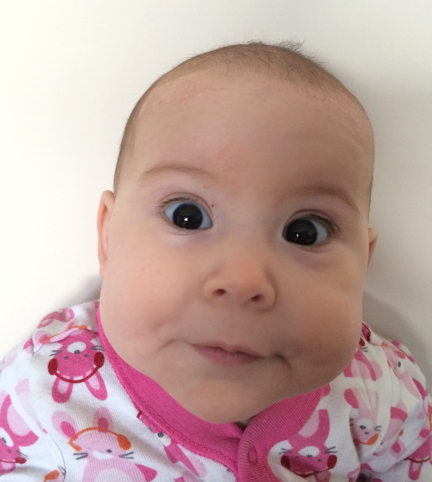 Nancy Mike and Andrew Morrison of the Jerry Cans submitted this photo of seven-month-old daughter Laivi to be put on her security pass, one of the many security clearance requirements for band members to play the high-production, noon-hour show on Parliament Hill for Canada Day, July 1. (PHOTO COURTESY NANCY MIKE) 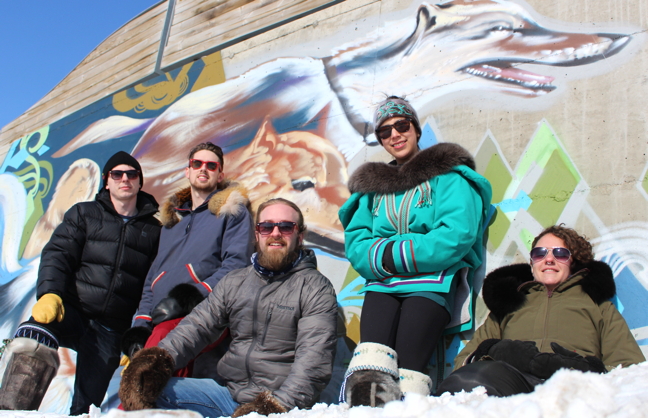 Iqaluit’s hometown darlings the Jerry Cans will tour across southern Canada this summer with instruments and babies in tow. (PHOTO COURTESY OF THE JERRY CANS)

It took several years of trying, rigorous security checks for everyone, including babies, a few good words from their local MP, and two days of multi-band rehearsals for Nunavut rockers, the Jerry Cans, to make it into the line-up on Parliament Hill for the afternoon Canada Day show July 1.

All that to sing one song: “Mamaqtuq.”

“We’re super excited,” said singer/guitarist Andrew Morrison, reached on his cell phone at an Ottawa café patio, waiting for a friend to take him to Costco for “sealift shopping.”

Morrison said he understands that Nunavut MP Leona Aglukkaq had a hand in promoting the band to organizers and helping secure them a coveted performer spot among hundreds of hopefuls from across the country.

“As much as I lean left, I have to give Leona credit for this one,” said Morrison, with a laugh.

Organizers specifically requested the hit song “Mamaqtuq,” but since the lyrics are in Inuktitut, they asked the Jerry Cans to submit a written translation, so they could understand what the band would be singing to thousands of people assembled in front of the peace tower.

Great, said organizers, once they got the translation. Now can you sing half in English, they asked.

Imagine the sound of a needle pulled across a record.

“We very quickly had an emergency band meeting, and we said ‘no effing way would we be able to do that.’ So we’re very happy to be able to sing it all in Inuktitut,” he said.

“We put our foot down. We’re pretty easy going so that was weird.”

Morrison said security clearances, just to play their one song, extended even to their children.

“Oh my god, my seven-month-old daughter will have the cutest security badge in the world — these big eyes, and no teeth.”

They’ve been described by southern music writers as a cross between the Pogues and the Clash. Now add some throat-singing, Inuit cultural references, accordion narratives, sealskin politics, a little raunchy guitar and a whole lot of sweat and you’ve pinned them down nicely.

The Iqaluit-based band is made up of Morrison, his partner Nancy Mike, Steve Rigby, Brendon Doherty and Gina Burgess, their fiddle player who lives in Halifax.

Morrison, who’s on leave until October with Laivi and two-year-old Viivi, said the Ottawa appearance kicks off an honest-to-goodness southern tour — their first ever — and the band is thrilled about it.

Last summer, they made it their priority to play northern gigs in Nunavut, the Northwest Territories,Yukon and Greenland.

This summer, they’re touring the southern music festival circuit including some of the country’s biggest: Winnipeg, Vancouver, Calgary and the Mariposa festival in Orillia, Ont.

In between, they hope to squeeze in some shows at community centres and Aboriginal friendship centres as well, to connect with Aboriginal audiences.

“We decided to try our hand at singing Inuktitut songs in the South to see how that would go,” Morrison said, laughing to himself.

“So we’re kind of nervous and kind of excited. We’ve never played in Vancouver or Calgary so yeah, the wild west! We’ll see how it goes out there.”

He laughs again. “We don’t even know what we’re getting into.”

Though it’s great to think of playing to thousands of festival goers this summer — audiences young and old they might otherwise never get access to — they’re also looking forward to hanging with, collaborating with and learning from all the other musicians and bands they’ll meet along the way.

It’s also an opportunity to situate themselves firmly in the Canadian music scene, something that’s difficult to do from remote, in Nunavut.

“There’s more to life in the North than just politics. It’s beautiful in the North and sometimes that doesn’t get shared to the larger audience.”

As a bonus, they get to see the country and take their children — “festival babies” — with them. And, in a way, their ancestors too.

Whenever the band would return from playing a show somewhere, Mike’s dad would always ask why they were playing music instead of going on the land, hunting and camping, Morrison said.

“He always wanted to come along and see what it was like so now, it’s kind of amazing, this little baby, who’s named after him, will come with us on tour and see what we’ve been up to,” said Morrison. “So he’ll be seeing now. He’ll be laughing and hanging out with us all summer.”