Oil-gas summit in Iqaluit this January will shape Nunavut policy 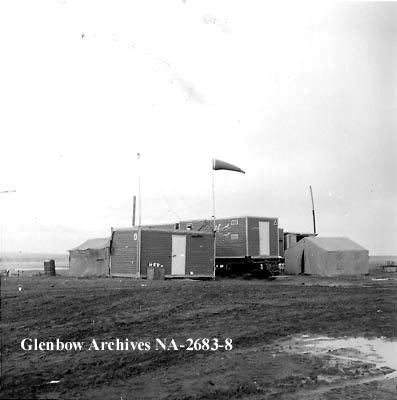 An exploration camp maintained by Panarctic Oils in 1988, located at Sherard Bay on the Sabine Peninsula area of northern Melville Island, now within Nunavut’s Qikiqtaaluk region. In recent years, the oil and gas industry has shown little interest in the Nunavut sections of the High Arctic. (GLENBOW MUSEUM) 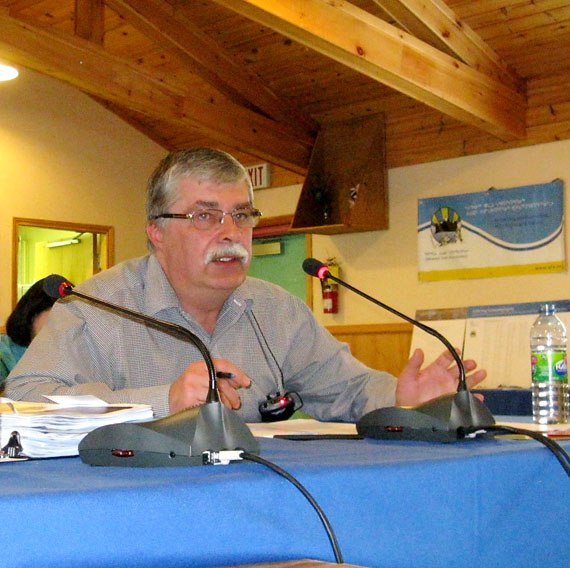 Bernie MacIsaac, assistant deputy minister with Nunavut’s department of economic development and transportation, says the Nunavut Oil and Gas Summit next January will serve as a first step to establish the territorial government’s policy on the oil and gas industry. (FILE PHOTO)

Exploration for oil and gas in the 1960s and 1970s showed Nunavut’s offshore, especially in the High Arctic, could hold more than 20 per cent of Canada’s oil and gas reserves.

But extremely high infrastructure costs, and the challenge of operating in a cold and unpredictable environment, have conspired to keep oil and gas exploration forever lurking on the periphery of Nunavut’s resource economy.

This means that despite the potential for activity, the territorial government has no official oil and gas policy for industry. But that might soon change.

A discussion of what oil and gas exploration might look like here, and what factors need to be considered, will be on the table in January when the GN, in conjunction with the Nunavut Mining Symposium Society, hosts the latest in a series of conferences on petroleum development.

The Nunavut Oil and Gas Summit is scheduled for Jan. 12 to Jan. 14 at the Frobisher Inn in Iqaluit.

“We’re going to use the results of this summit to give us guidance and help us develop principles on where the GN stands with all of this, and how we’d like to move forward,” said Bernie MacIsaac, assistant deputy minister with Nunavut’s Department of Economic Development and Transportation.

The department’s minister, George Kuksuk, said in the last session of Nunavut’s legislative assembly, Nov. 4, that the summit will “address questions of Nunavut’s readiness on all issues surrounding oil and gas,” adding “it is my hope that this can be a first step towards developing a set of principles pertaining to oil and gas development for Nunavut.”

Those principles might include a policy on seismic testing for oil and gas reserves, which may soon take place in waters off the east coast of Baffin Island.

The community of Clyde River has taken the lead in opposing seismic testing in the waters of Baffin Bay and Davis Strait, due to fears that it would disrupt marine wildlife and that community members have not been properly consulted or told how they will fully benefit.

The GN has no position on this, nor any other issues associated with oil and gas exploration and development.

Even so, MacIsaac told Nunatsiaq News that Nunavut’s estimated 20 per cent of the country’s oil and gas reserves amount to about “$2 trillion worth of oil and gas siting around somewhere in Nunavut. Those are huge numbers.”

In fact, the territorial government estimates that the territory’s “undiscovered reserves” are even higher.

“Significant future exploration activity will be required for a more accurate picture of Nunavut’s oil and gas potential, as much of the current knowledge is very dated.”

The bulk of that knowledge is based on exploration in Canada’s High Arctic, particularly in the 1980s when the federal government launched its National Energy Program.

“A lot of oil and gas was discovered,” particularly in the Sverdrup Basin, MacIsaac said.

The basin is a large area that covers the west of Ellesmere Island and all Arctic islands west of it.

Exploration activity up to the 1980s did little more than reveal potential reserves. In more recent years, no company has shown any interest in bidding for oil and gas leases around Nunavut.

Nunavut’s only commercial oil field in the area, known as Bent Horn, on Cameron Island, produced almost three million barrels of oil between 1985 and 1996.

There, a company called Panarctic extracted small quantities of light crude oil, then shipped it south on the MV Arctic.

Unrefined oil extracted from Bent Horn was used to fuel electrical power generators at Resolute Bay and the Little Cornwallis lead-zinc mine, but Panarctic shut the project down in the mid-1980s.

Aside from that, “for the most part, there hasn’t been a lot of production here,” MacIsaac said.

Exploration activity showed “phenomenal success back in those days. They discovered lots of oil and gas,” he said, but extraction proved to be uneconomical.

“Economics is still the main driver on these things,” he said. “But also, what the jurisdiction might think about it, and what communities think about it, play into it as well.”

The January summit’s participants, as listed this month, include representatives from the federal and territorial governments.

The federal side’s heaviest representation will come from Aboriginal Affairs and Northern Development Canada, Natural Resources Canada, and the National Energy Board.

“We’re going to try to come up with a ‘made in Nunavut’ strategy, that hopefully everybody will buy into and use as their guidance on how things unfold in the industry,” MacIsaac said.

The territorial government also hopes to draw on the experience of other jurisdictions, such as Greenland, Newfoundland and Labrador, Nova Scotia, and the Inuvialuit of the Northwest Territories, he said.