Subsidies will keep Arctic internet from collapsing after 2016 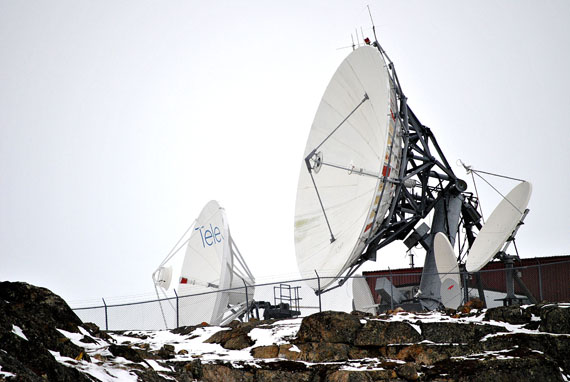 Industry Canada confirmed Aug. 25 that they’ll continue to subsidize broadband internet for about 12,000 households in Nunavut and Nunavik through $50 million in spending over five years.

Prime Minister Stephen Harper announced the spending, which will start in 2015-16, during a visit to Pond Inlet near the end of his northern tour this week.

It replaces an older subsidy system that started around 2004 and was set to expire in 2016.

It’s part of a $305-million scheme, aimed at propping up rural and northern broadband services, which his government first announced in its budget this past Feb. 11.

Ottawa re-announced the $305-million spending item this past July 22, when James Moore, the industry minister, said the money is now branded under a program called “Connecting Canadians.”

Moore said the scheme would bring high-speed internet to 280,000 Canadian households and he promised speeds of 5 megabits per second, or “Mbps.”

That compares poorly with offerings now available in centres served by fibre-optic landlines, like Whitehorse and Yellowknife, where Northwestel now offers speeds of up to 100 Mbps.

“Those communities that receive their internet services over terrestrial facilities, such as fibre and microwave, receive much faster and more reliable services than those that are served by satellite technology. Without action, this digital gap will not be closed, and may in fact worsen,” Jean-Pierre Blais, chair of the CRTC, said this past Dec. 18.

And in Ottawa and other urban markets, the digital gap is even wider. There, internet providers like Rogers offer speeds of up to 250 Mbps.

In Iqaluit, an unsubsidized service sold by Northwestel offers speeds of up to 5 Mbps, the fastest offering in Nunavut, at a cost of $179.95 per month

But though Ottawa’s new broadband spending appears to provide, at best, only modest improvements to the status quo, it’s likely to quell fears that internet services in most of Nunavut and Nunavik would collapse after 2016.

Industry Canada says on its website that internet service providers may apply for funding under Connecting Canadians in the fall of 2014.

In the spring of 2015, Ottawa will decide which ISPs will get money and the funded projects will start that year.

However, based on Ottawa’s description of the new program, it’s unlikely that Nunavut and Nunavik internet customers will see any dramatic improvements and the service gap between satellite-based communities and the rest of the country may continue to widen.

In 2011, the CRTC released a report that showed Nunavut suffers from the lowest level of internet access in the country and the worst service performance.

In December 2013, the CRTC announced an inquiry into the costs of satellite telecommunications in Nunavut and Nunavik, which is dominated by U.S.-owned Telesat.

That inquiry is not yet finished.