Owner puts Nunavut’s Lupin Mine project back into limbo 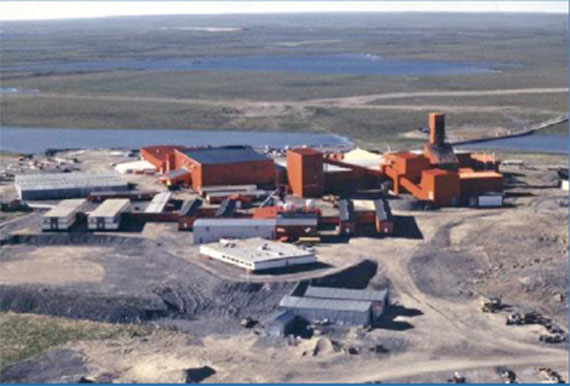 Elgin Mining Inc. once had high hopes for the old Lupin mine site in the Kitikmeot region of Nunavut, but the company has now decided to mothball the project. (PHOTO COURTESY OF ELGIN MINING)

Beset by financial losses and falling gold prices, the owner of Nunavut’s Lupin gold mine, Elgin Mining Inc., has put the property back into mothballs indefinitely, the company said Aug. 12 in a news release.

“The Lupin camp was shut down in late April and will remain closed indefinitely,” Elgin Mining said.

The company said the Lupin camp and its infrastructure are in “excellent condition,” but that it will stay closed until the price of gold and other market conditions improve.

To keep the site maintained, Elgin will spend less than $250,000 between now and the end of the year.

In 2011, when gold was trading at above $1,500 an ounce on global markets, Elgin Mining bought the property from MMG Resources Inc., the current developer of a set of lead-zinc projects in the western Kitikmeot.

At the time, Elgin planned to bring the mine, which had pumped out 3.5 million ounces of gold between 1982 and 2003, back into production.

The Lupin Mine, located near Contwoyto Lake, closed for good in 2005, throwing about two dozen Kitikmeot residents out of work. Around the same time, a proposal by the Kitikmeot Inuit Association and the Kitikmeot Corp. to turn the site into a trades school went nowhere.

Lupin’s owner, Kinross sold the property to Wolfden Resources, whose successor company, MMG Resources Inc. of China, turned it over to Elgin in 2011.

Elgin’s most recent financial statements show the company sunk $3.8 million worth of exploration and development work into Lupin during the first six month of 2013.

But over the same period, the company reported a net loss of $14.1 million, due to the falling price of gold and unexpected processing inefficiencies at its Björkdal gold mine in Sweden.

During the seven months ending June 30, 2012, the company earned a profit of just more that $2 million — but that was when they were receiving an average price of $1,628 ounce for gold.

The company now says it will try to cut costs and improve operations at its mine in Sweden.

“Management is currently evaluating its financing requirements in light of its recent actions to significantly curtail expenditures at its corporate office and Lupin operations, and to improve near term cash flows at Björkdal through possible adjustment to its short-term mine plans,” the company said.