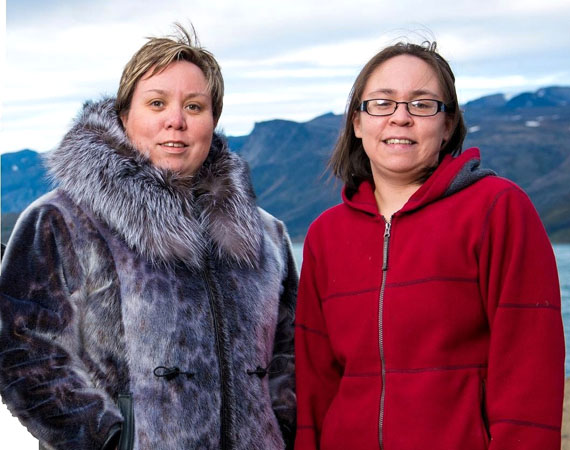 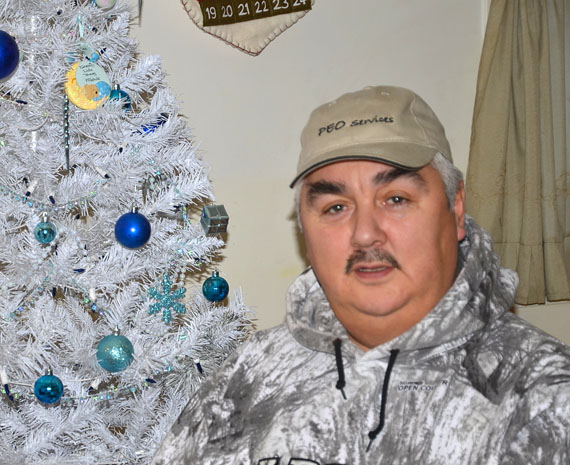 Peter Kilabuk is giving the gift of hot lunches to Pangnirtung’s less fortunate through the holiday season, Dec. 18 to Jan. 3. (COURTESY PHOTO)

Less fortunate residents of Pangnirtung will have an easier time celebrating Christmas this year, thanks to two residents who are making sure no one goes hungry over the holidays.

“Christmas is always a difficult time for people with no income, or lack of income in providing for meals,” said Peter Kilabuk. “So I thought I’d see what I could do to help them enjoy Christmas a little more.”

The former Nunavut politician, who served as MLA for the community from 1999 to 2008, is offering hot lunches to all who may need it over the holidays, three days a week, at the community centre.

“Since I’ve been living back in Pang, I realize that there really are some community members that need the extra help during Christmastime,” he said. “It’s an idea I’ve had over the last few years — I’m just pushing it through this time around.”

Kilabuk’s hot meals, which he is providing on his own, get underway at Pangirtung’s community centre Dec. 18 at lunch hour, and continue Mondays, Wednesdays and Fridays until Jan. 3, he said.

“It’s just me, myself and I,” he said. “My better half is very busy with our baby. I’ll admit I’m a pretty good cook. I do a lot of meals at the house,” he laughed.

“We’re offering hot lunches. Those may include soup, stew, and some country food,” he said.

“I’m aware of individuals that do need help, and some families. It’s open to all those people that may not have enough to eat, or don’t have food to eat during the Christmas holidays.”

In another part of the community, Mona Dialla also noticed that too many residents who don’t have enough to eat, and are short on income, seemed to be left without any options.

Unlike other years, no one took up the cause to run a food hamper for the holidays — so she decided to take up the challenge.

“There’s usually one every year, and it would have been a shame if there wasn’t one this year,” said Dialla.

After putting the question to the community online through Facebook, a suggestion to start one sparked her into action. She started a hamper of her own, with the help of friends and family.

“It’s so close to Christmas, and we’re just hoping we can help as many families as we can,” she said.

Dialla said she knows of several residents on income assistance through her work for the territorial government.

On her own time, outside of work, she hopes to help as many of them as possible by Dec. 23, with donations of food purchased from small fundraising events.

“Families are our first priority,” she said, adding that her group’s goal is to reach as many income assistance clients as possible.

So far her group has raised $1,400 though a “loonie sale” fundraiser on Dec. 17. Dialla hopes to raise at least as much in a second fundraiser on the weekend of Dec. 21.

The community’s positive response was fast, she said. “There’s been a lot of people contacting me, wanting to help with the fundraisers,” she said.

Kilabuk was even more overwhelmed by the support community members showed, starting with an announcement he wrote online.

“In my first six hours or so, I had over 100 likes on Facebook,” he said, recalling a post he made Dec. 15, announcing his offer. Support was more than virtual, though.

“I’ve had a couple of very generous people make donations to the program,” he said. “It continues to be an overwhelming experience.”

Kilabuk, now a stay-at-home father who runs his own outfitting business in the summer, said he quickly found extra hands to help manage the hour-long meals, starting on day one, Dec. 18.

Moreover, donations of food, funds, offers to cook and clean up have come through — “the whole nine yards,” he said.

“I’m getting a lot of good support from other community members to do this.”