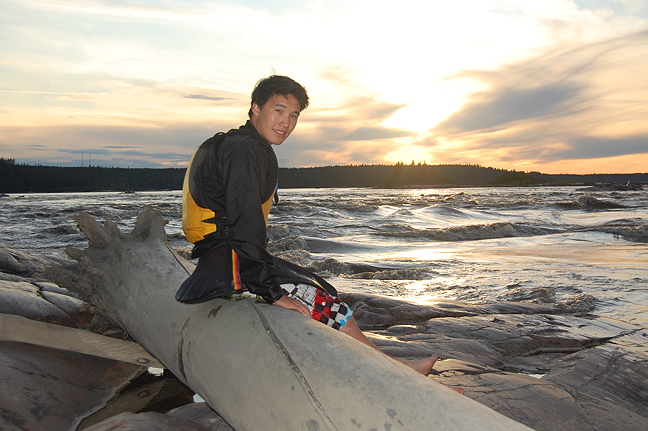 Eric Ayalik Okalitana Pelly takes a break after a day of whitewater kayaking on the Slave River 2011. (PHOTO BY RITA ANTONIAK) 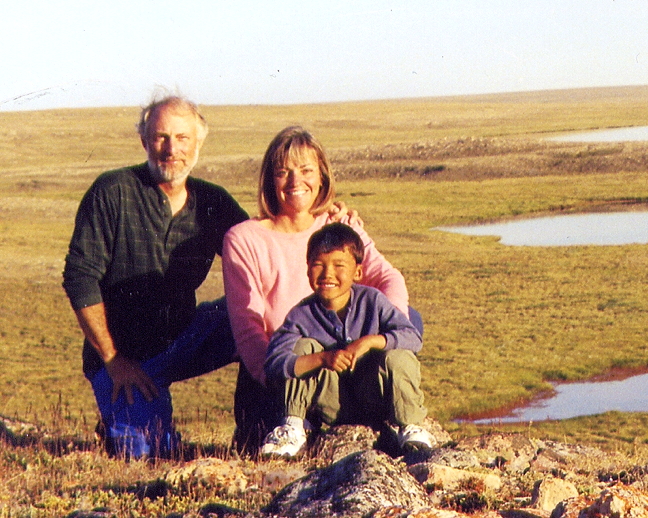 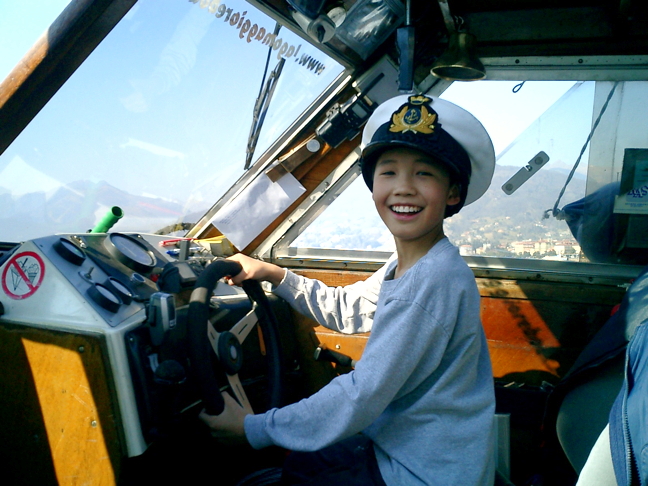 Captain Eric at the helm on Lago Maggiore in Northern Italy, 2005. He was 10 years old. (PHOTO COURTESY DAVID PELLY)

OTTAWA — He was right-handed but he shot left in hockey. He wore number 22 of course, in honour of Jordin Tootoo.

Eric Ayalik Okalitana Pelly played guitar and piano, he loved to fish and canoe and it’s nearly impossible to find a photo of him where he is not smiling.

He was born in Cambridge Bay and fostered over a period of several years by Laurie and David Pelly. Eventually, in 2001, they adopted him. When he was six, they moved to Ottawa.

They put him in summer camps, sent him on international exchanges and took him on vacations across Canada, to Europe and also back home to Cambridge Bay, to make up for his difficult start in life.

As a youth, he struggled with his Inuit identity and self-esteem. He always felt like an outsider, not good enough.

But, with support, his confidence grew. He graduated from high school, got a full-time job and a girlfriend and was thinking about college.

And then, on Dec. 30, 2014, in the middle of the night, the electrical impulses that keep your heart beating stopped working properly and, just like that, at age 19, he passed away in his sleep.

“He was always one of the fastest skaters on the ice. He was a fit fellow,” said his father David, from their condo in downtown Ottawa.

“So this cardiac arrhythmia, it came out of left field,” said his mother Laurie. “It was unexpected. He never had a heart condition, as far as we knew.” The room falls silent for a moment.

“It was a total shock,” David said.

“We were shattered,” Laurie said.

“He was looking at options for the future,” David said. “He was happy.”

The story could end there. But it doesn’t.

The Pellys — Laurie works for Nunavut Tunngavik Inc. in Ottawa as legal counsel and David is a writer and historian — were initially paralyzed with grief.

But once the first wave passed, they quickly sought a way to honour their child and bring meaning to his short life.

So they thought: what if we could help other children like Eric who don’t have access to programs and activities that might help them to grow and feel good about themselves? What if we could build up a fund to make those opportunities happen for northern children?

“We want to offer kids the benefit of the same kinds of programs and activities that we offered to Eric,” David said.

“We think, as any parent would, that programs and activities are good for kids — for all kids,” Laurie said.

“The reason they exist is to develop kids’ confidence and abilities. And a lot of kids in the North, they just don’t have those opportunities because there aren’t as many programs up North and parents don’t have the means to send them elsewhere.”

So they seeded a fund with $5,000 that Eric had accumulated in a savings account and then sought donations from friends, family members and colleagues. They were met with overwhelming generosity.

The Ayalik Fund, registered under Tides Canada — an umbrella foundation that provides the legal framework for individual funds — now contains $150,000 and the Pellys are in the process of deciding on their first disbursements.

But their goals for the money are specific.

Working with people they know at schools and social agencies back in Cambridge Bay, they are hoping to identify children who might be keen to go to hockey camp, for instance, or on some kind of cultural exchange program, but whose families can’t afford the high cost of travel and registration.

They’re not interested in funding “programs” or organizations, they say, unless it would involve bringing a facilitator to the community to offer specific activities to kids.

They want the money to go directly to individual youth, to give them experiences they might not otherwise get because of their remote location and limited means.

For now, the Pellys will focus on youth in Cambridge Bay but with future fundraising efforts, they hope to expand to other communities.

They know what those kinds of experiences can do for a child, because they saw what it did for Eric.

The Pellys maintained a close relationship with Eric’s birth family even after they left Cambridge Bay, visiting the North whenever possible and flying Eric’s sisters out for a visit to Ottawa.

In fact, within two days of Eric’s memorial service in January in Ottawa, they were on a plane to Cambridge Bay with some of his ashes.

They arrived the day the sun had returned to Cambridge Bay. But for the most part, their visit was dark and stormy.

They held an intimate memorial with Eric’s birth mom, sisters and others and then went to a grave site that had been dug out by an excavator prior to their arrival.

A pastor with a headlamp struggled against the blustering wind to read a prayer from the Bible, David said. And then they placed his remains in the grave under a cross the boy’s uncle had made.

The grave site is on a hill overlooking Mount Pelly near Freshwater Creek. If you’re heading out on the land from Cambridge Bay, you’ll pass by the cross. It is, they believe, a perfect resting place.

Not that he’s entirely gone. In the Inuit namesake tradition, Eric’s sister gave birth to a daughter in March. She named her Erica.

You can find information about the Ayalik fund here.