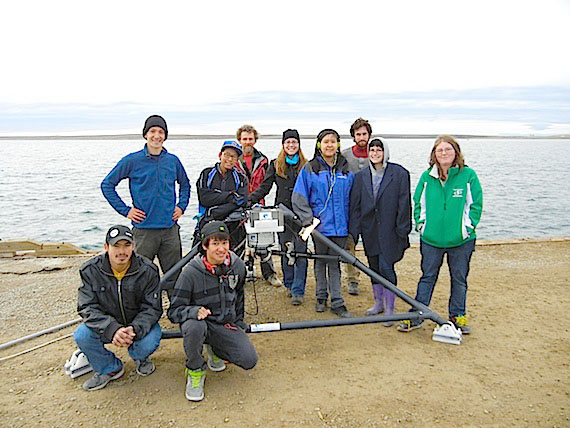 Researchers with the University of Victoria’s Neptune ocean monitoring program and students in Beth Sampson’s Grade 11 biology class at Cambridge Bay’s Kiilinik High School stand around an triangle-shaped underwater observatory that will soon be fixed underwater near the dock in Cambridge Bay. The device, which measures such things as underwater temperature, sounds, salinity and ice thickness, is also equipped with a camera to keep an eye on the seabed. Similar observatories are also installed off the coasts of British Columbia, said researcher Martin Hofmann. This one could be the first in a series of projects to monitor changes in the Arctic. (PHOTO BY JANE GEORGE)