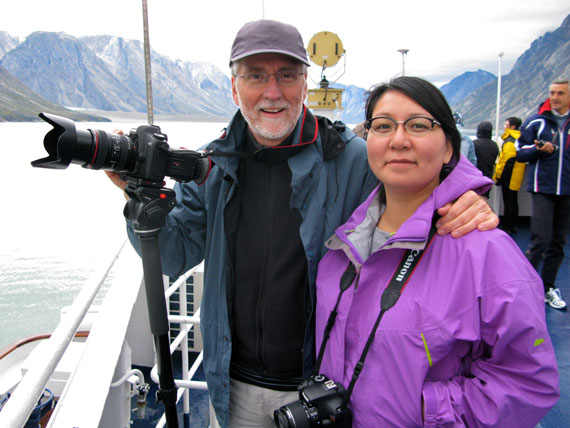 Filmmaker John Walker, left, and Oo Aapik pose for a photo during the shooting of the newly-released documentary Arctic Defenders. Aqpik stars in the film, which follows an Inuit movement that begin in the 1960s and through to the 1990s with the creation of Nunavut. You can watch a trailer from the film at www.arcticdefenders.ca/film/trailer.html (ALEX SALTER PHOTO)