Photo: Art in a time of illness 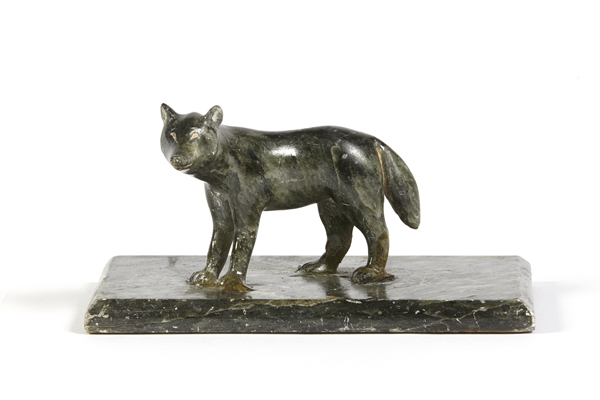 The late Nunavut carver Henry Evaluardjuk’s piece Standing Fox is destined for a new home in southern Ontario. The carving is one of 132 pieces of art created in the 1950s and 1960s by Inuit recovering from tuberculosis at the former Hamilton Mountain Sanitorium that will be the focus on a new art exhibit in Hamilton. Roughly 1,300 Inuit from the eastern Arctic were sent to the Hamilton sanitorium to be treated for tuberculosis through the late 1950s and early 1960s. A part of an occupational therapy program in the facility, patients were provided stone and tools. Carvers sold some of their work, but many pieces remained on display at the hospital. Now the collection will go on display at the Hamilton Art Gallery in 2017. Read more later at nunatsiaqonline.ca. (PHOTO BY MARK LALICH)