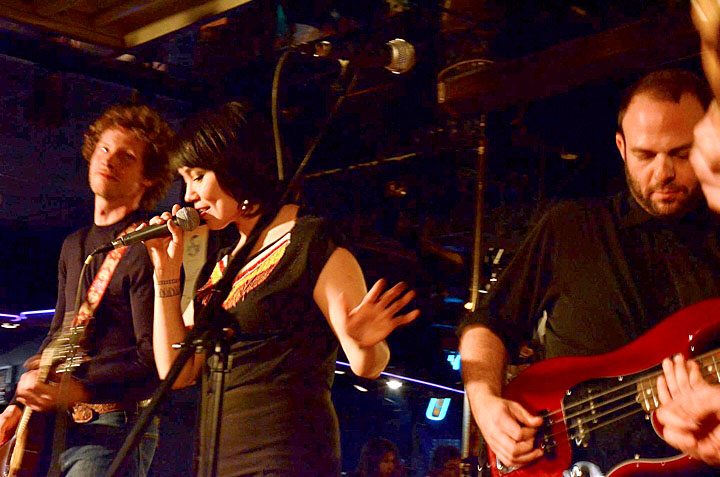 After a five-year hiatus, The Beatrice Deer Band released their new recording April 12 in Montreal to ardent local fans. Describing it as “urban Inuit,” the album, entitled Fox, sounds more like Inuktitut indie-rock than her previous folk offerings. “It’s very different from my previous records because this time I had really great producers that I got to know more,” Deer told Nunatsiaq News at the show. Read more on Nunatsiaqonline.ca. (PHOTO BY DAVID MURPHY)