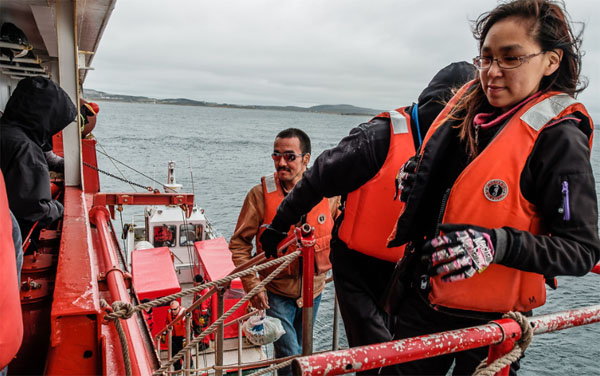 Nunavik Inuit board the CCGS Amundsen Aug. 29 off the coast of Inukjuak, where the icebreaker research vessel was stationed over the last few days. The vessel is hosting Qanuilirpitaa, the 2017 Inuit health survey touring Nunavik from now through until early October. Read more about survey later on Nunatsiaqonline.ca. (PHOTO BY YVES CHOQUETTE)