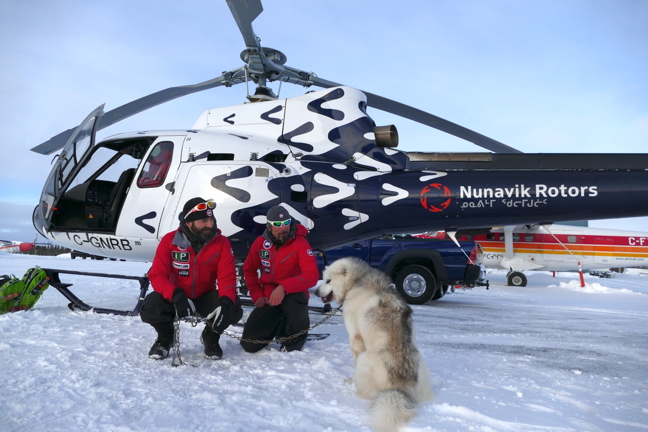 Ray Zahab, left, a well known long distance Canadian adventurer and motivational speaker, and Italian colleague Stefano Gregoretti depart Kuujjuaq via helicopter Jan. 30 headed for Saglek Fjord in Labrador. Zahab and Gregoretti, and a borrowed husky named Spike, will traverse about 1,000 kilometres through three northern regions including the Torngat Mountains in Labrador, the Penny Ice Cap on Baffin Island, all on foot, and then jump on fat bikes with studded tires and ride the Arctic Ice Road in the Northwest Territories to the Arctic Ocean. Zahab, who founded Impossible 2 Possible, will be sharing photos and experiences along the way with schools and members of the public. You can follow their progress on social media including Facebook, Twitter and Instagram. (PHOTO BY ALLEN GORDON)