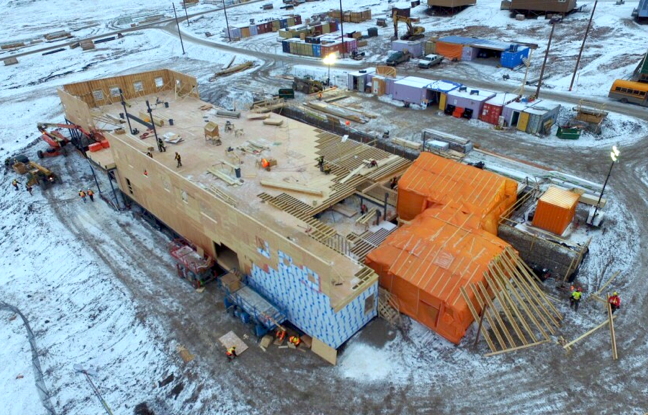 Oh the wonders of modern technology… Arctic Bay photographer Clare Kines used a camera installed on a drone to shoot this overhead shot of that north Baffin community’s new health centre, currently under construction. The budget for the health centre, according to the Nunavut government’s 2014-15 capital estimates, is $32 million and it is likely to be finished by 2016. (PHOTO BY CLARE KINES)