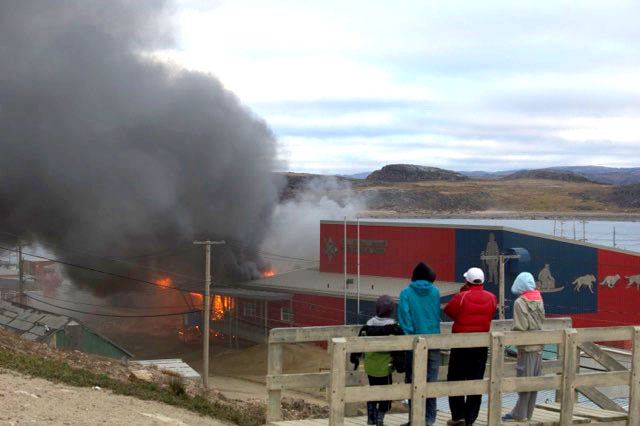 As of mid-morning Sept. 6, a major fire was eating its way through Peter Pitseolak School in Cape Dorset, likely on its way towards destroying the entire structure. Sources told Nunatsiaq News the fire broke out sometime between 2 a.m. and 3 a.m. After a dangerous fireball burst through a section of open roof at around 7 a.m., firefighters gave up on their attempts to save the building. The school — built in the late 1960s and renovated and expanded several times thereafter — served about 150 students attending Grade 7 to Grade 12 classes and employed a staff of about 20. Multiple sources told Nunatsiaq News that RCMP have apprehended two young people alleged to have been sniffing gasoline under the building prior to the fire. (PHOTO COURTESY OF JOHN CORKETT)