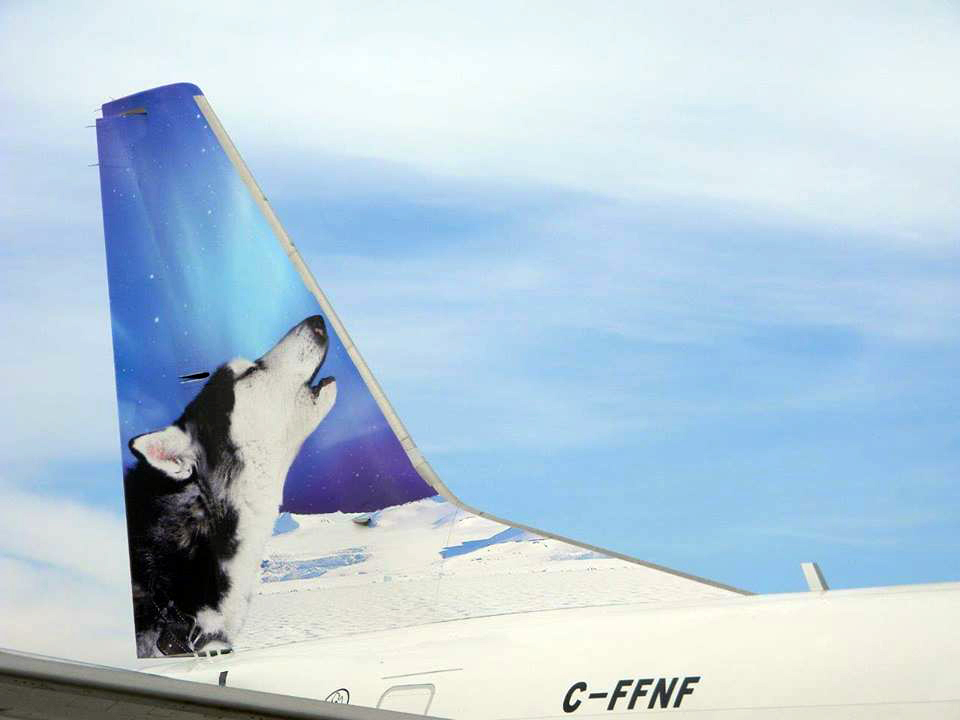 First Air unveiled the image on the tail of its second Boeing 737-400 aircraft, which is meant to start flying the airline’s Montreal-Kuujjuaq route in mid-December. The image on the tail, of a howling sled dog, was snapped by Kuujjuaq photographer Isabelle Dubois, who has had a hand in organizing Nunavik’s Ivakkak dog sled race for the past 10 years. (PHOTO COURTESY OF FIRST AIR)